Pictures of The Antiques Diva’s™ Headquarters 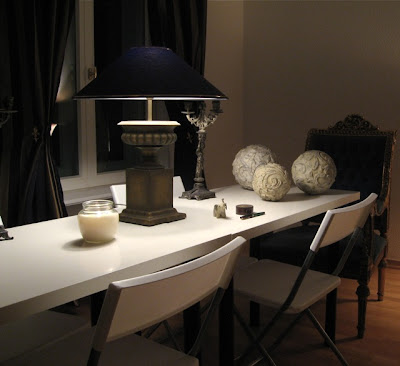 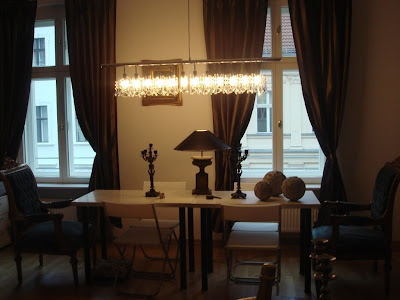 A modern conference table (à la IKEA) juxtaposes against the gilt and gold of the Baroque Lord and Lady chairs at opposite ends of the brainstorming table. The gold and black striped curtains were made by The Diva’s Dear Old Mum; the candlesticks are brass turn-of-the-century Polish picked up in Gdansk. 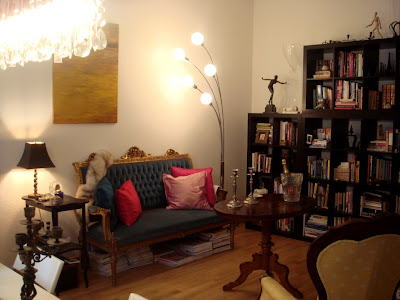 The set of yellow silk chairs (opposite the settee) were my first purchase when I moved to Europe. The English Tea Table constantly stands at the ready with a bottle of champange set for serving. Taking a look at this pic makes me realize that I need to do a little “tidying up” before the next photo shoot of my home! 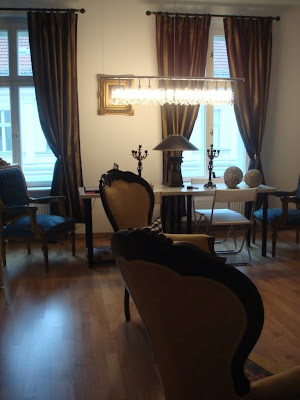 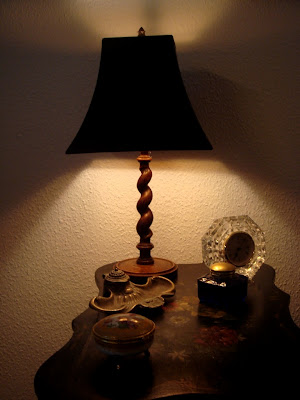 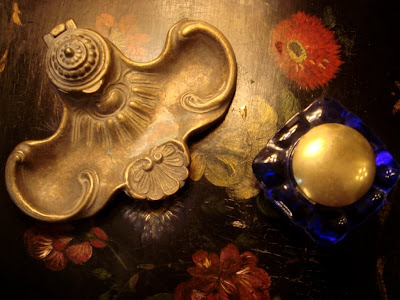 The black laquered Napoleon III side table was purchased in Provence. It’s accented with an English Barley Twist Candlestick converted into a lamp (a gift from my Papa Bear & Step Mom, purchased in Sherman, Texas at The Taste of Home Antique Mall). Table accents include accent pieces from The Wine Guy’s fountain pen collection. 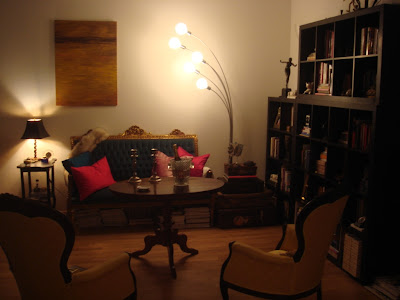 The Waterford Crystal clock on side table was a present from dear friend Jessica Fischer in Cleveland before The Wine Guy and I moved abroad. The fox fur stole is my winter collar draped casually over the back of the chair. Believe it or not, my mom, sister and I bought this stole while shopping at a vintage shop in Oklahoma City. The silk pillow shams were picked up at misc boutiques, including Hotel Adlon’s Lifestyle Shop. 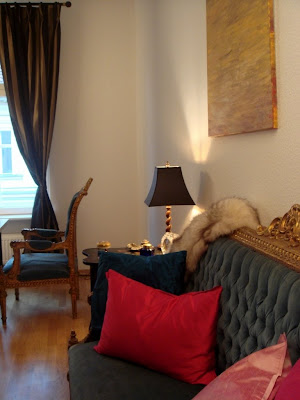 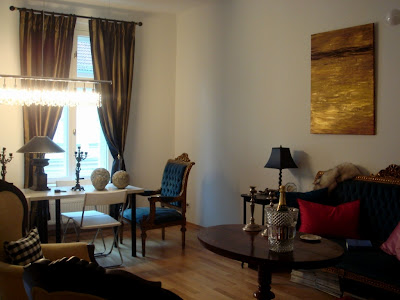 The Dutch Baroque set of turquoise and gilt chairs once belonged to the famous Dutch TV celebrity Mies Bouwman (otherwise known as the Oprah of Holland – host of a talk show on Dutch TV for over 25 years.) They graced the stage of her set for a season of episodes and appeared on several Dutch programs and most recently were featured on stage for the Margriet Winter Fair. 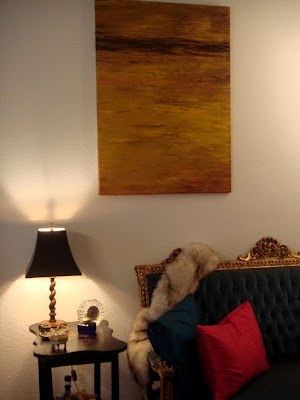 Did I mention the painting is an Antiques Diva original inspired by a visit to London’s Tate Modern? When I’m not blogging, giving antique shopping tours or touring Europe, I try my hand at oil painting! 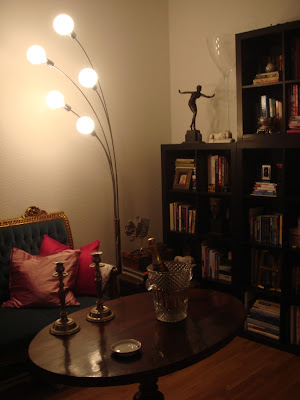 The lamp in the corner is a tribute to The Diva’s favorite vintage decade – the 1960’s! While the Art Deco statue (top right) is one of many at home Chez Diva. 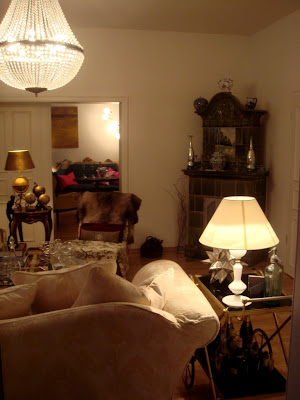 Last but not least, before bidding adieu, I’ll give you a sneak peak from the living room into the Home Office – a preview of another room for another day! 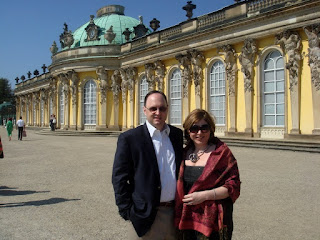 Until Next Time, Tschüss!

Seen right with The Wine Guy at Schloss Sanssouci in Potsdam, Germany