While we offer antiques buying tours in eight European countries, we seem to consistently get inquiries about a few specific locations. With a rich history in furniture design, it’s no wonder the UK is one of our top tour countries when it comes to client requests. There are certain pieces that instantly make one think of England, and the Windsor chair is one of those. 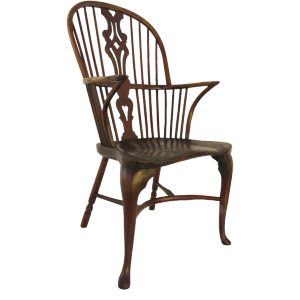 Recognized for its spoke-like spindles on the chair back, Windsor chairs also feature solid wooden seats which were often carved into a saddle shape to make them more comfortable. The seat is typically made from a thick timber which is strong and durable that provides strength and stability but also is able to be shaped to the desired look of a Windsor chair. That’s why elm is often used for the seat of an English Windsor chair, because it has interlocking grains which give good cross-grain strength that resists splitting once the holes are drilled for the chair back near the edge of the seat. 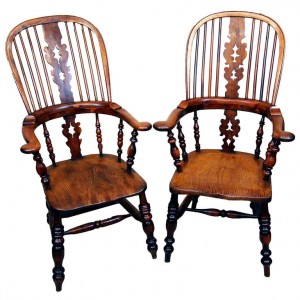 While it is not known when the first Windsor chairs were made, it is speculated that chair spindles were crafted by the same men who created wheel spokes as early as the 16th century. As all design seems to adapt from earlier models, the Windsor chair may be derived from the stick-back chairs of Wales and Ireland. By the 18th century steam-bending was being used to form the bow of the Windsor chair and they were being shipped from High Wycombe where they were made to the town of Windsor, Berkshire where they would be sold, often to London dealers.

Regardless of where the idea originated, the name for the Windsor chair probably comes from its use at Windsor Castle in England. In the 18th century the Windsor chair was used in the gardens of Windsor Castle, and they soon became popular garden seats throughout the country. In those early years they were often painted green or simply left to weather, but by the late part the the 18th century they could be found indoors in darker tones being used everywhere from taverns to meeting houses to libraries. 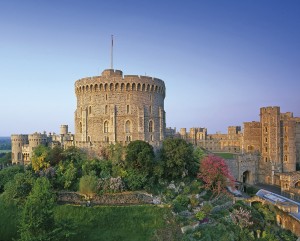 The English settlers brought Windsor chairs with them to America in the 18th century and they began to manufacture them in Philadelphia soon after. By the 19th century Windsor chairs were being produced in factories and shipped all over the United States. The chairs were usually painted and sometimes had stenciling on them as decoration. If you find an antique Windsor chair today, check to see if it has its original finish, as this will affect its value. As with many antiques, the finish will have worn with use, usually around the edges, so check the unworn areas such as the bottom of the seat to see if the piece retains its original finish or paint color. 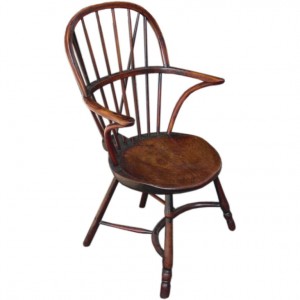 If you would like information on an Antiques Diva Buying Tour, please email us at info@antiquesdiva.com. We’d love to take you to our sources to help you find exactly what you’re looking for!