top:2px;padding-right:5px;font-family:times;”>I’m a sucker for Stilton, that creamy blue English cheese that pairs perfectly with pears and port! That’s why this Regency Toleware Stilton dish caught my eye – I’ve never seen anything quite like it!

Wiki writes: “The pioneer of blue Stilton was Cooper Thornhill, owner of the Bell Inn on the Great North Road, in the village of Stilton. In 1730, Thornhill discovered a distinctive blue cheese while visiting a small farm near Melton Mowbray in rural Leicestershire – possibly Quenby Hall in Hungarton. He fell in love with the cheese and made a business arrangement that granted the Bell Inn exclusive marketing rights to blue Stilton. Soon thereafter, wagon loads of cheese were being delivered to the inn. Since the main stagecoach routes from London to Northern England passed through the village of Stilton he was able to promote the sale of this cheese and the legend of Stilton rapidly spread.

In 1936 the Stilton Cheesemakers’ Association (SCMA) was formed to lobby for regulation to protect the quality and origin of the cheese, and in 1966 Stilton was granted legal protection via a certification trademark, the only British cheese to have received this status.”

Want to know more about the Regency period?

Again Wikipedia comes to the rescue! Read On!

Wiki writes: “The Regency period in the United Kingdom is the era between 1811 and 1820, when King George III was deemed unfit to rule and his son, later George IV was instated to be his proxy as Prince Regent. The term is often expanded to apply to the years between 1795 and 1837, a time characterized by distinctive fashions, politics, and culture. In this sense, it can be considered a transitional period between “Georgian” and “Victorian” eras. The era was distinctive for its architecture, literature, fashions, and politics. It was a period of excess for the aristocracy: for example, it was during this time that the Prince Regent built the Brighton Pavilion. However, it was also an era of uncertainty caused by several factors including the Napoleonic wars, periodic riots, and the concern—threat to some, hope to others—that the British people might imitate the upheavals of the French Revolution.

The term is sometimes used in various ways to include years surrounding the decade of the formal regency. If “Regency” is considered as the transitional between “Georgian” and “Victorian” then it would refer to the entire period from approximately 1811 until the accession of Queen Victoria, encompassing the actual period of Regency, along with George IV’s reign in his own right and that of his brother William IV. If “Regency” is contrasted with “Eighteenth century”, then it could include the whole period of the Napoleonic wars.”

To Read More about The Regency Period visit: Wikipedia 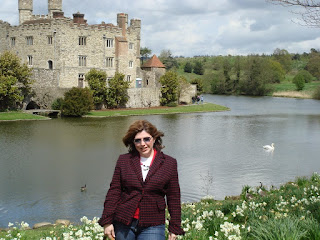