top: 5px; float: left; color: white; background: #781300; border: 1px solid darkkhaki; font-size: 100px; line-height: 90px; padding-top: 1px; padding-right: 5px; font-family: times;”>I want to let you in on one of my secret sources for finding out about the best antiques news and fairs in England – it’s an online newspaper called precisely that: “Antiques News & Fairs”.  I try to pop over to England at least once a year for some jolly good antique shopping and some fish & chips.  Before I even plan my trip to the UK, I scour the pages of this internet publication, planning my travels around my shopping!  However, today’s Diva Tip comes with a word of warning – this is the most comprehensive antiques journal I’ve found and a visit to the website will suck you in, guaranteeing that you will spend hours.  You might as well pop yourself a pot of tea on the kettle and cozy up for an afternoon read at
Antique News & Fairs. 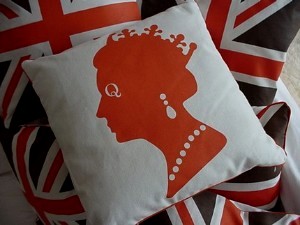