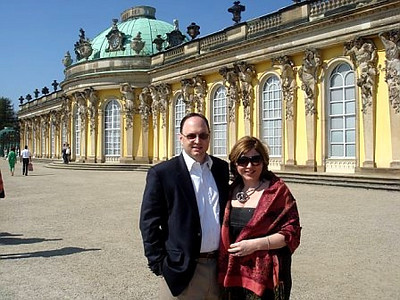 Today we’ve got a Guest Blog from Antiques Diva Tour Guide Lucretia who typically leads tours in Holland and Belgium, but  while I was away in the USA for a month this summer she was actually house sitting in my home in Berlin.  Today she’s writing to you sharing with you some of her favorite places to tour in Berlin!

So ta ta from me, and Guten Tag from Guest Blogger Lucretia 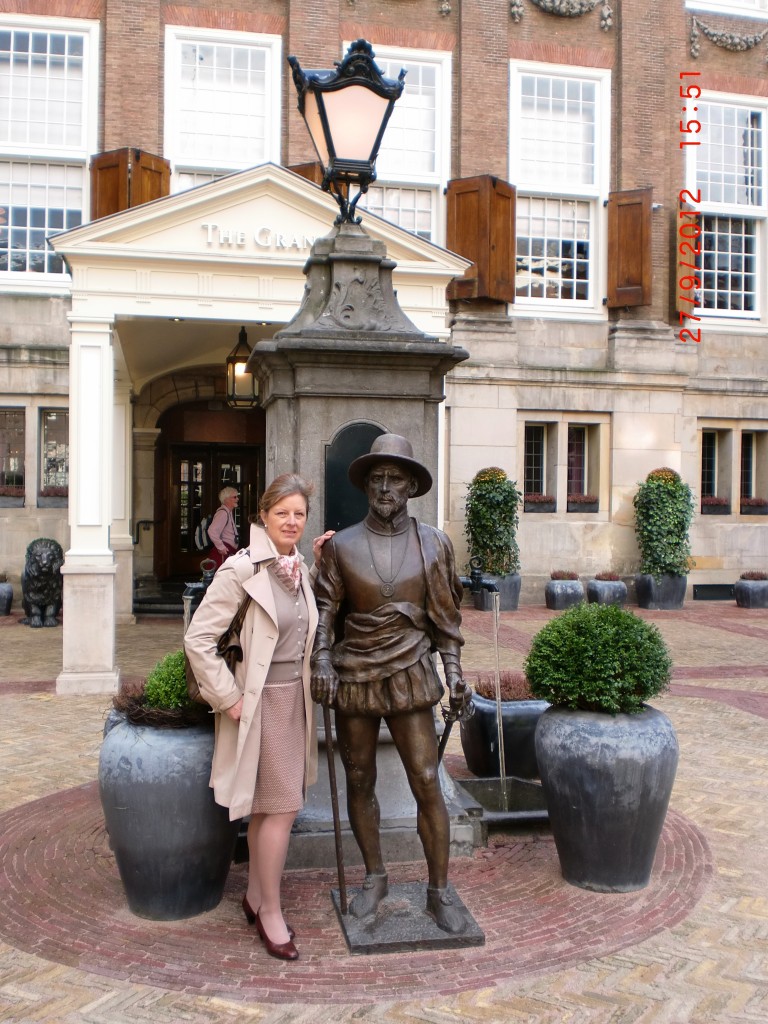 “As an Antiques Diva tour guide, I am myself, of course, fond of antiques. Nowadays, it is considered a mark of good taste to fill your house with antique furniture and decorations. But that hasn’t always been the case. In fact, it is a fairly recent phenomenon, probably not much older than the 20th century.

This became very clear to me as I visited all the castles and palaces in Berlin and Potsdam over my summer vacation visiting Berlin. When you were very wealthy in the 17th and 18th century, you would build your own palace and decorate it following the latest fashion, dictated by Paris, or rather by the court at Versailles. And, as a result, these kings and princes of Prussia have left us a collection of amazing buildings, which is a showcase of all the consecutive styles .

For example, king Frederick the Great inherited a baroque palace in Berlin, called Charlottenburg, from his grandparents. It was barely 40 years old, but he thought it was old-fashioned. He simply  added a new wing for himself and his guests, and decorated it in the very modern rococo, or Louis XV, style. All the furniture was made by hand by local ebenistes, who copied French pieces that were either a gift from France or smuggled in by diplomats. Costly silks from Lyon for the walls, and as upholstery for the chairs, were eventually  also imitated by Berlin weavers. It was all very dashing and daring, never before seen. For decoration, Frederick used porcelain vases made in his own brand-new factory in Berlin, KPM, where all the extensive dinner services were also created for his lavish feasts. 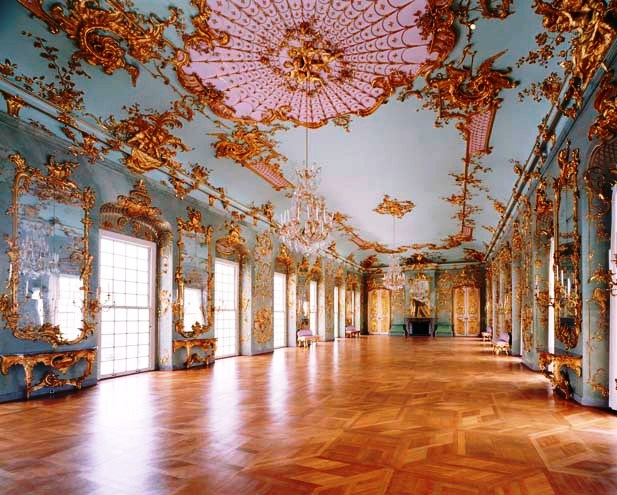 We tend not to think about it any more when we use the term “antiques”, which  in fact means “relics of Antiquity”. That is exactly what those kings collected as antiques: busts of ancient Greeks and of Roman emperors, incised gems, and coins. For us, “antiques” means: objects of at least a hundred years old. Funny, isn’t it? 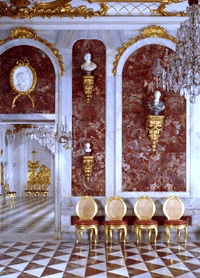 Detail of the Jasper Hall (1771) in the “New Chambers” in Sansouci Park, Potsdam, with ancient busts on consoles along the walls

How did this happen? It took a while, I suppose, in particular during the 19th century, and the growing wealth and self-confidence of the bourgeois society plays an important role in it.  Around 1830, more or less, after the Napoleonic era, came Romanticism, which rediscovered  the charm of the Middle Ages.

Clocks were created in the “troubadour style” in Paris, neo-gothic furniture was suddenly the “dernier cri”. A whole series of nostalgic styles followed: neo-Louis XIV and neo-rococo ( Napoleon III), then neo-empire at the end of the 19th century. In England we know this period as Victorian. For the first time, people wanted “old” furniture, of bygone centuries.

The first fakes actually began to appear on the market during this time period. As Judith Miller writes in her book Period Style : “Craftsmen sometimes complained that pieces had to be “stained to imitate old, and sold for old.” The profession of “antique dealer”, as we know it today, was born = and today when we buy these pieces from the turn of the 1800’s to 1900’s we call them in the STYLE of as opposed to PERIOD pieces.

In fact, today inquiring if a piece is a “period” vs “style” piece is one of the first questions clients want to know from vendors.  Did the piece originate in the period it was originally famous or was it a reproduction from later times?  Naturally period pieces are more valuable and have more pedigree however don’t necessarily knock a “in the style of” piece – these can still be true antiques – more than 100 years old.  Many “in the style of” pieces are popular budget alternative for decorators wanting to buy abroad.