top:2px;padding-right:5px;font-family:times;”>One of my favorite museums in NYC is the The Frick Museum. Originally a private residence, it was built by Carrere and Hastings – the same two architects who designed the New York Public Library. It was built with the intention of outshining the Carnegie mansion and that intent shines in each and every room. After the death of Mr. Frick at the beginning of the 1900’s the mansion was converted to an art museum which today takes up a city block and features prominent statues, painted frescos, rich wooden walls, marble fireplaces and bien sur, amazing antique furniture.

to 10px; WIDTH: 302px; CURSOR: hand; HEIGHT: 227px; TEXT-ALIGN: center” alt=”” src=”http://2.bp.blogspot.com/_kcTb8DnPVW4/TOUO6DJ-9kI/AAAAAAAAFPc/0jR-kl-dv7s/s400/Frick%2B2.jpg” border=”0″ />Wherever I travel I like to visit old mansions, castles and cottages so I can imagine life as it was once lived among the caviar chomping and champagne-swilling set. Art to me should be seen in a richly decorated environment, among furniture and frescos so I can get a feel for the time in which the painter might have lived. When I visit the Frick Collection, it’s a visual feast, as I educate my eye, studying the antiques, styles, periods and pieces. Later when I’m out on the street I take that knowledge to the antique boutiques, fairs, markets and auctions and apply that knowledge in a search for pieces that evoke a similar feel.

But Antiques Diva Roving Reporter “Candid Kellogg” recently posed a question to me, “What if – rather than searching for similar styles as found in the museums – you could actually buy a piece in the museum itself?” I nearly swooned at the thought. She went on with a cheeky grin, “Did you know that Rau Antiques has aquired the mate to the Frick Museum’s Carved French Walnut Renaissance Cabinet? And it’s for sell! It’s practically like shopping at the Frick Collection!” Kellogg sighed, “If only this “dressoir” could talk…”

This cabinet, or “dressoir” as the French say, is one of two – The Frick Collection hosts one while Rau Antiques boasts the other. A third similar cabinet is in the Victoria and Albert Museum.

One of the twin cabinets was originally purchased by Henry Clay Frick, the industrialist whose business partner was steel magnate Andrew Carnegie. How one of these pieces ended up in the illustrious hands of Rau Antiques, adds a layer of mystery and interest as The Antiques Diva® Team sleuths the trail from the back roads of 16th C France to haute society today.

Flash forward, the next time these dressoir’s are seen is 1845, when the twin cabinets showed up in a furniture restorer’s workshop in Marseilles to repair some wood damage on the backside. Later they both appeared in a major collection in Europe that was purchased by famed antiques dealer Sir Joseph Duveen. This collection of furnishings ended up costing Duveen $1,500,000 dollars and his purchase was reported by major newspapers everywhere. . One of the cabinets went directly to Number One 70th Street, in New York, for Mr. Frick’s approval. Even back then, during WW1, this purchase put the Frick cabinet as the world’s most expensive piece of furniture to ever sell anywhere. In today’s market, this piece of furniture is worth more any furniture from Versailles.

to 10px; WIDTH: 227px; CURSOR: hand; HEIGHT: 302px; TEXT-ALIGN: center” alt=”” src=”http://3.bp.blogspot.com/_kcTb8DnPVW4/TOUO6SIC-jI/AAAAAAAAFPk/Hy5CDnI2dt8/s400/Frick%2B3.jpg” border=”0″ />But what happened to the stray twin? It went its separate way for over a 100 years until Bill Rau of Rau Antiques received a phone call in 1996 from a collector who owned the matching Frick cabinet. The owner asked Rau if he had access to the antiques book, “World Furniture”, considered the textbook for serious antique furniture dealers.

On page 42 Bill Rau found a rendering of the very same cabinet. Rau eventually convinced the collector to part with the piece and now Rau Antiques counts among it’s collection one of the most esteemed pieces of furniture in existence. Now that, dear readers, is what I call a Diva-Scovery! 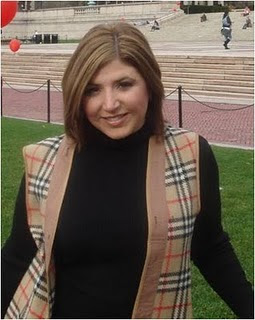 A Word from our Sponsor – Auction Hunters!
Tuesdays 10pm/9CSpike TV!