top: 5px; float: left; color: white; background: #781300; border: 1px solid darkkhaki; font-size: 60px; line-height: 50px; padding-top: 1px; padding-right: 5px; font-family: times;”>Before I was The Antiques Diva… I was just plain ole me. Toma.  Sometimes I miss those days when I was footloose and fancy free… when I didn’t work, when I traveled Europe with my friends, drank champagne every afternoon…. Life was a a constant pleasure ride. Oh wait….  That’s my life now! Okay…today I’m not exactly “footloose and fancy free” as now I tend to manage my agenda like a drill sergeant, speaking in one country one day, leading a tour in another country another day, and researching yet another country for an article on another day…. but the fact is I am incredibly fortunate – I’ve built a company and get paid to live a life I love living.  Nevertheless, I have such fond memories of my first 5 years living in Europe when legally the French government had denied me my work visa and I was an expat wife hanging out with my girlfriends. One of those girlfriends was my dear friend Catherine, who has also since come out of expat-wife retirement and runs a brilliant social media consultancy firm called Hire Catherine.

Today’s blog is actually a Guest Blog From Catherine who has written with fondness about those days of yore….

So Ta Ta from me… And Hello From Catherine of Hire Catherine! 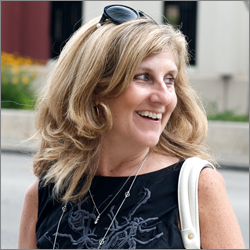 I recently moved (yes, again: I actually moved 5 times in the last year, don’t ask!) and the movers delivered box after box after box, including some boxes that I had not seen or opened since moving from Europe 10 years ago. So I was more than excited to unpack one long-forgotten box and discover: 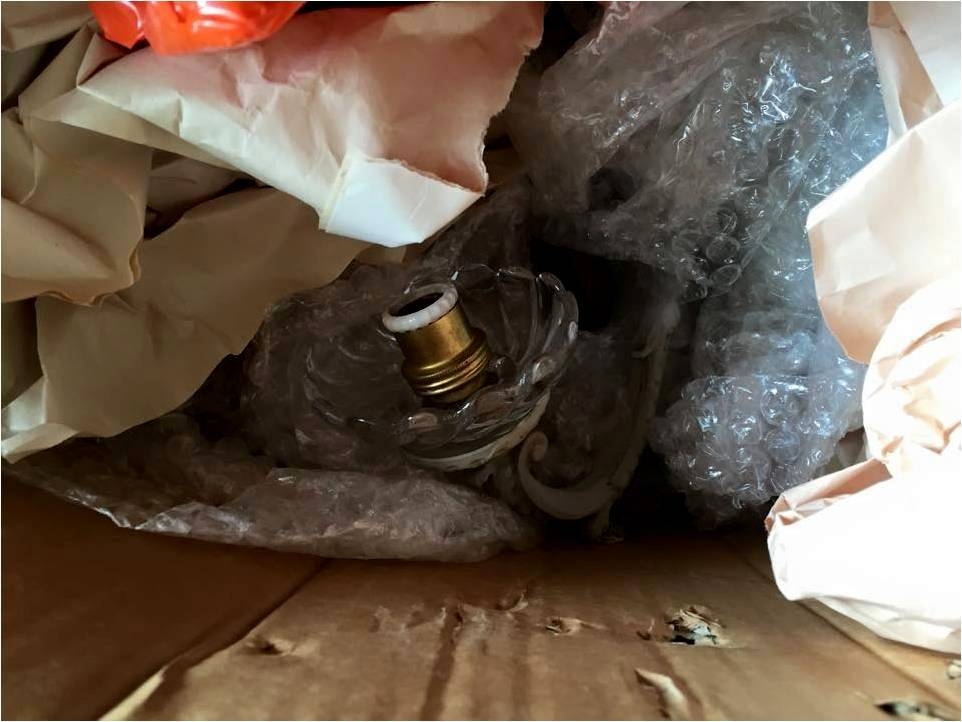 In 2004 four Paris friends organized their 1st of many-to-come girls trips. I’d been wanting to visit Île de Ré for several years, and as we were leaving Paris for Copenhagen in a few months, it felt like now or never. Toma was moving to Amsterdam, Tam returning to the US, and Stacey had just returned to Paris from a year in Tokyo. Things were changing, so we decided: Girls Trip!

Île de Ré is an island off the western coast of France, easily reached from Paris by TGV. I’d been reading about Île de Ré for years, and I’d made a list of must-dos:

We scheduled our dates, and off we went for a 4-day visit to the village of Saint-Martin, Île de Ré in the beautiful month of May, before the island is overrun with tourists.

Bien sur: we checked off every item on my checklist, (and couldn’t get enough of the salted caramel ice cream!) and without a doubt my favorite souvenir of our girl’s trip to Île de Ré was our visit to Barbotine.

Roaming the aisles, I finally spotted the perfect souvenir of our Île de Ré trip: an antique pale gray candelabra, dangling with crystals and sparkling with charm. I no longer remember the price, but whatever I paid it was worth it. What I do remember was I was not happy with the cost to ship my new antique candelabra to Paris: so after making the snap decision to buy it, I decided to carry my new fixture home with me on the train. With 3 friends to help, the candelabra made it safely to my apartment on rue de Prony, where I inserted candles and hung it from our living room ceiling.

4 months later, the movers took down the candelabra, packed it up, and we moved to Copenhagen.

Fast-forward 10 years and I was unpacking boxes in Delray Beach, Florida from New York, Chicago, Boynton Beach and many storage units. And there was my beautiful souvenir candelabra, which I’d completely forgotten about over the years. My new 12 foot ceilings were perfect to showcase the candelabra, but I decided to have the fixture rewired, so took it to a local lighting repair store, Quality Lighting in Delray Beach. I left instructions to rewire the chandelier, so I didn’t have to worry about frayed or fragile electrical wires.

3 days later Quality called: the fixture was not wired for electricity! Somewhere between purchasing my antique candelabra and 10 years later hanging it again, I’d forgotten the fixture was never wired. That explained why I used candles 10 years earlier! I gave the go-ahead to wire the candelabra, and $400 later (gulp!) I have a beautiful chandelier in my living room. 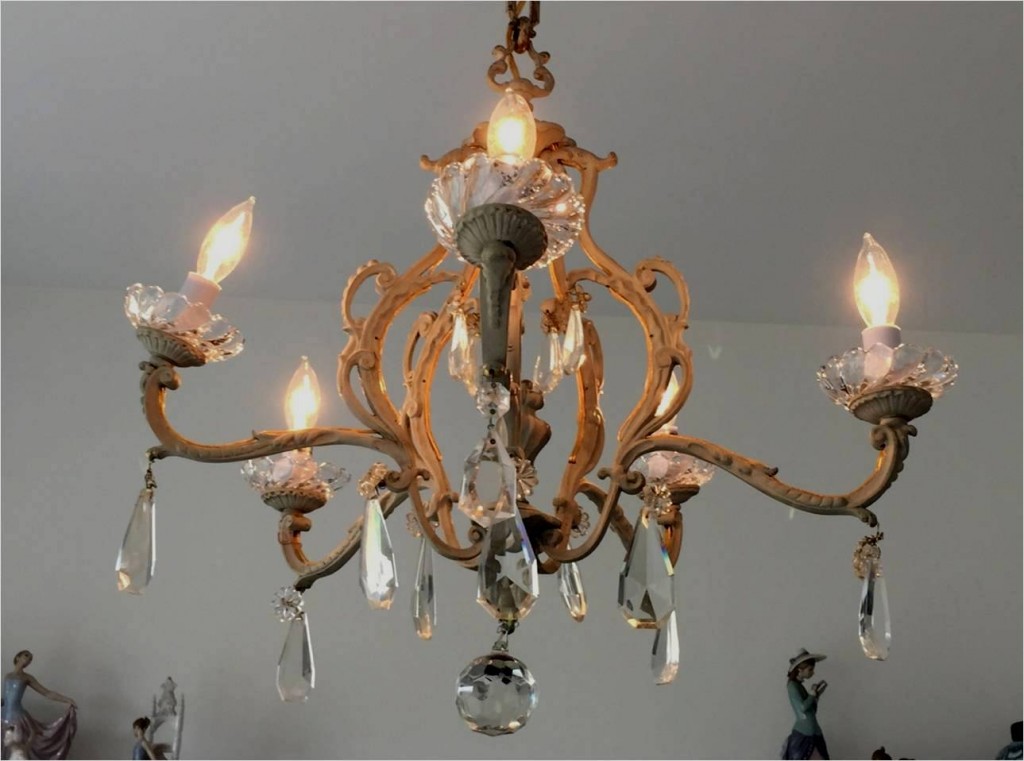 Several weeks after hanging my chandelier, I was continuing to unpack boxes and discovered another souvenir of Île de Ré and friendship, which I’d forgotten Toma had given me many years ago.

For readers ready to head to the Île de Ré , remember it’s just a hop skip and a jump from Bordeaux – which makes it perfect for adding on to an Antiques Diva Bordeaux Tour.

Bon Voyage!
The Antiques Diva – with a little help from a friend. 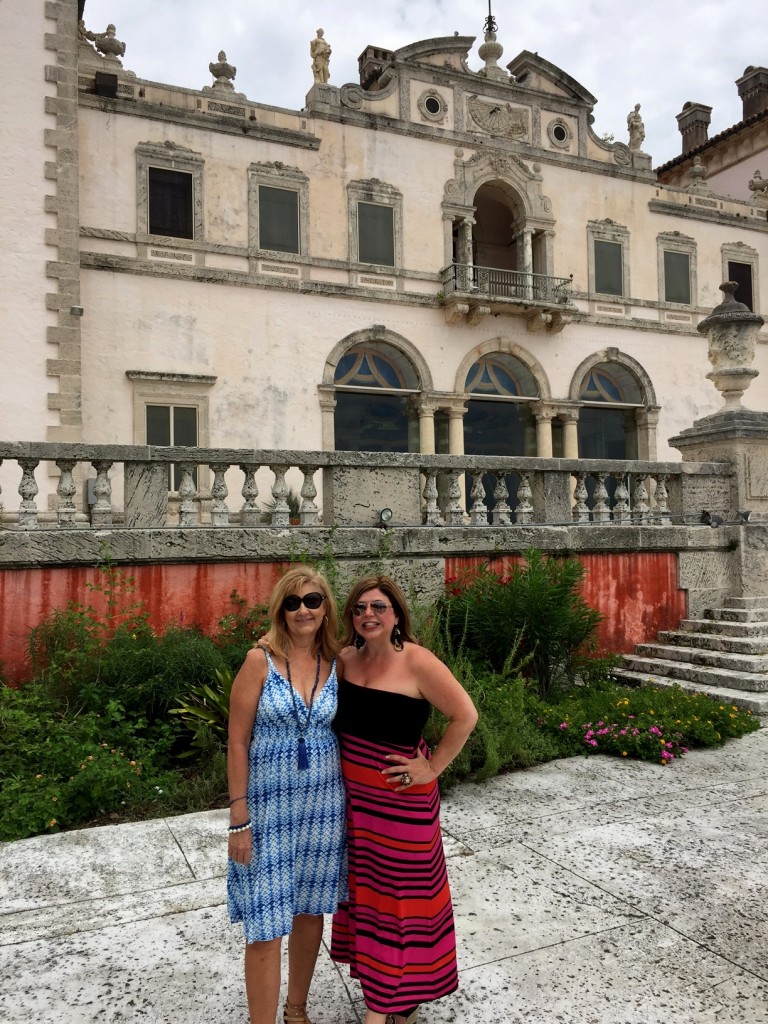 (Seen here in a more recent pic taken at Villa Vizcaya on yet anthers girls trip!  We’re still taking them…. just now we tend to squeeze them in around work commitments, etc.)