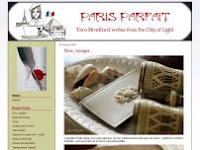 As The Antiques Diva continues taking a “break from her blog” whilst settling into her new home in Berlin post-move, the Guest Blog Marathon continues with a highly esteemed visitor taking the helm in today’s muse.

Today’s Guest Blogger is Tara Bradford, American author of the “tres populaire” blog Paris Parfait, which seems to have a dash of everything from art, antiques, culture and poetry to photography and a liberal dose of political ponderings. In today’s special Antiques Diva post, you’ll see why The Diva fell in love with Paris Parfait’s writing style as Tara writes about a recent visit to a flea market as if she were recounting a romance tale.

Paris Parfait Guest Blog – The Art of the Deal

to 10px; WIDTH: 400px; CURSOR: hand; HEIGHT: 317px; TEXT-ALIGN: center” alt=”” src=”http://4.bp.blogspot.com/_kcTb8DnPVW4/SZpbxQ_WFNI/AAAAAAAAClk/S4Bi9LwnvBs/s400/paris+parfait+pic.jpg” border=”0″ />top:2px;padding-right:5px;font-family:times;”>She spotted it right away, but pretended not to notice. In French, she asked him to show her Russian religious icons, one after the other. But she wasn’t interested in Russian icons; not today.

Before that afternoon at the brocante at Parc des Princes, she’d never been interested in daggers. But at first glance at the antique dealer’s table, she could see one was very special. Four ancient ceremonial daggers were lined up in a row, their scabbards gleaming; the handles studded with semi-precious stones. Casually, she asked to see the one she liked least. He detected an accent and began talking in English about his days at university in Scotland. He went on and on, caught up in happy memories, no longer paying any attention to trying to sell his antiques.

“I’m not English,” she said. He looked crestfallen. “But your accent?…”

“I’m American,” she responded. “Perhaps you think my accent sounds a bit English, because my husband is British.”

“Ah, that’s it,” he nodded, knowingly. And he kept talking about Scotland, about his English girlfriends at university; about the fierce winters that made him long for the desert.

She asked him to show her another dagger. It was beautiful, but not unusual. Finally, she asked to see the one that had made her inwardly catch her breath.

As he drew the dagger from its silver and bronze scabbard, she tried not to react at the rare sight of the hand-carved keyhole and hand-etched design. She brushed aside his talk of the ivory handle, inlaid with coral stones. She shrugged and said, “Yes, it’s nice. How much”?

“550 Euros,” he replied gravely. She laughed. “You might as well stab me in the heart with it then.” 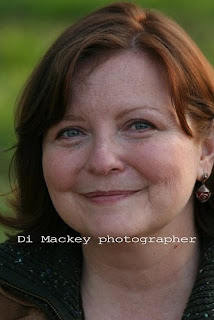 Then she looked back at him and asked, in Arabic, “Do you speak Arabic?”

“Do I speak Arabic??!!” he exclaimed. And the words came tumbling out, one after the other, so fast she could barely keep up, as he told her his story. She listened, nodding and trying to make appropriate remarks in the flowery language she hadn’t attempted for ages. After a few minutes, she asked, in Arabic, his best price for the dagger.

“For you, 100 Euros!” he shouted, beaming. “Thank you,” she responded, smiling as she handed over the cash. And he, too was happy, even though he’d dramatically undersold a 200-year-old piece.

to 10px; WIDTH: 400px; CURSOR: hand; HEIGHT: 317px; TEXT-ALIGN: center” alt=”” src=”http://1.bp.blogspot.com/_kcTb8DnPVW4/SZpb_RgP3WI/AAAAAAAACls/YmWEvat3BtQ/s400/paris+parfait+pic.jpg” border=”0″ />Caption: Antique Syrian dagger, which has not been cleaned in many, many years on top of a Lehnert & Landrock photograph.