top: 5px; float: left; color: white; background: #781300; border: 1px solid darkkhaki; font-size: 60px; line-height: 50px; padding-top: 1px; padding-right: 5px; font-family: times;”>While taking a client on tour in Belgium recently, my American colleague Andrew Skipper was walking with me to the car in Antwerp when he asked, “What is that, a mouse entrance?!” pointing to the left of the base of a doorway to a townhouse.

Having been to Belgium more times than I can count, I have gotten used to the small arched niches at the base of entrances that line the streets of European cities. While they may look like little mouse entrances, they serve quite a different purpose! 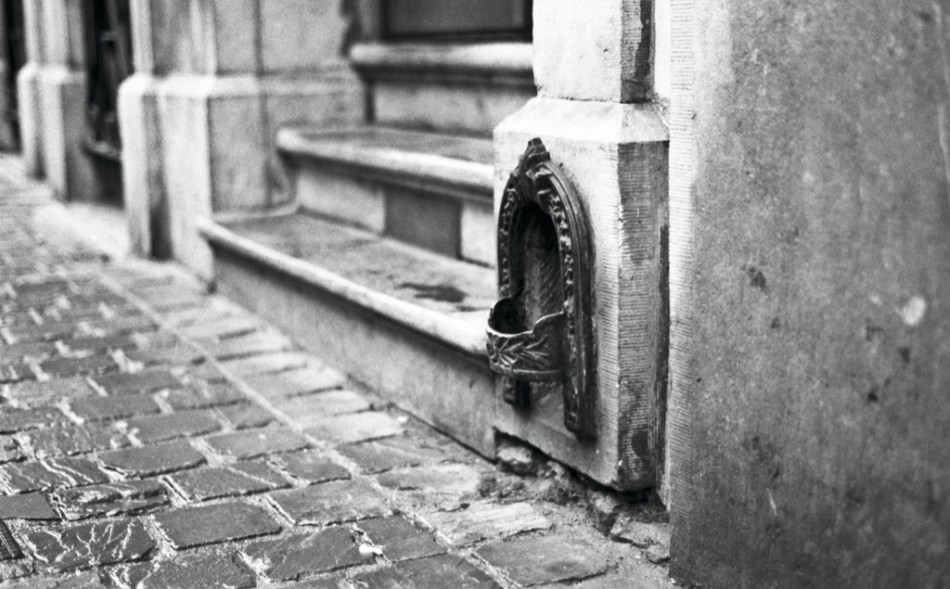 These ground-level cut outs are actually boot scrapers, used by visitors to clean the mud off their shoes before entering the house. They’ve been around since the 18th century and are almost like a pre-curser to the modern door-mat. Like any functional piece of architecture, many of these iron pieces are highly decorative, complementing the overall design of the building they are attached to.

Of course they served an important purpose in daily European life before streets were covered with bricks and asphalt. Can you imaging the amount of mud that would be tracked into the house after walking home on a dirt road? During the 19th century, it became socially acceptable for the upper class to walk along dirt footpaths rather than strictly riding in their horse-drawn carriages. It is during this time that the boot scraper became highly decorative and a necessity for every house in urban areas.

The next time you’re in an urban city in Europe, particularly Belgium, take notice of these tiny remnants of days gone by. I always find it fascinating that we sometimes overlook the things that we pass by on a daily basis!