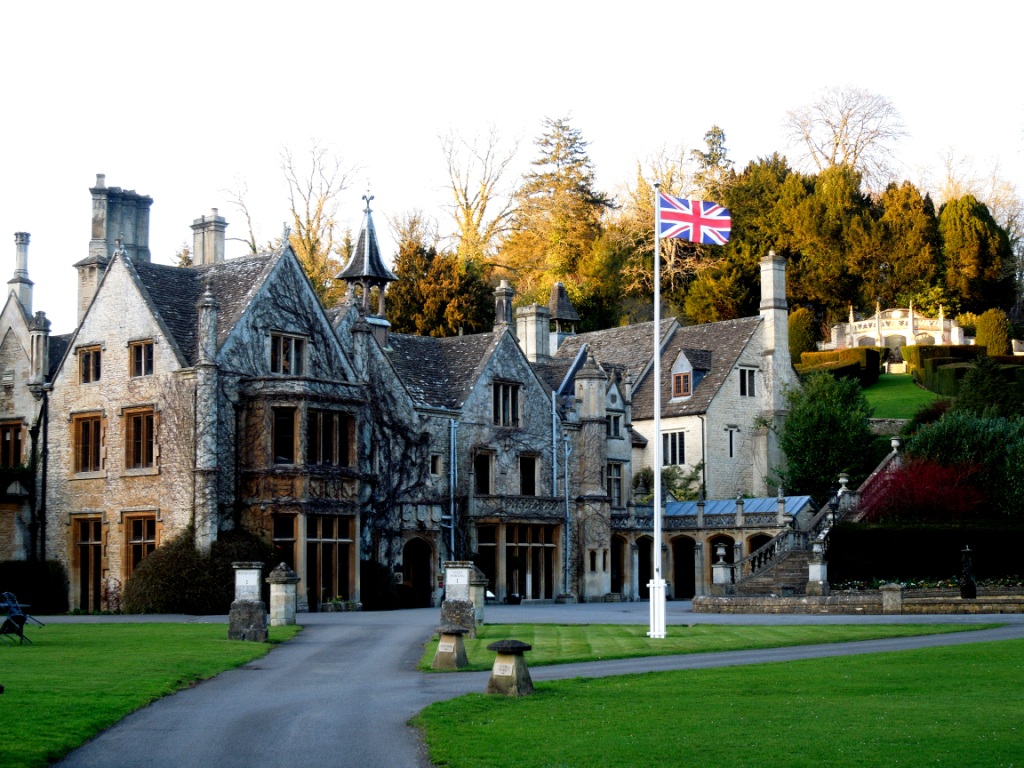 top: 5px; float: left; color: white; background: #781300; border: 1px solid darkkhaki; font-size: 60px; line-height: 50px; padding-top: 1px; padding-right: 5px; font-family: times;”>I might not have been to the manor house born, but that’s never stopped me from being “a princess and the pea” kind of girl.  Luxury is my middle name and when I travel I like nothing more than to be pampered and preened over in a manner to which I’d like to grow accustomed.  Traveling over 2 weeks of every month around England and Europe with my antique shopping tour company The Antiques Diva & Co, I’ve slept in hundreds of beds across Britain and the continent.  And perhaps none have been as welcoming and comfortable or as down-right unpretentiously luxurious as The Manor House Hotel and Golf Club in Castle Combe. 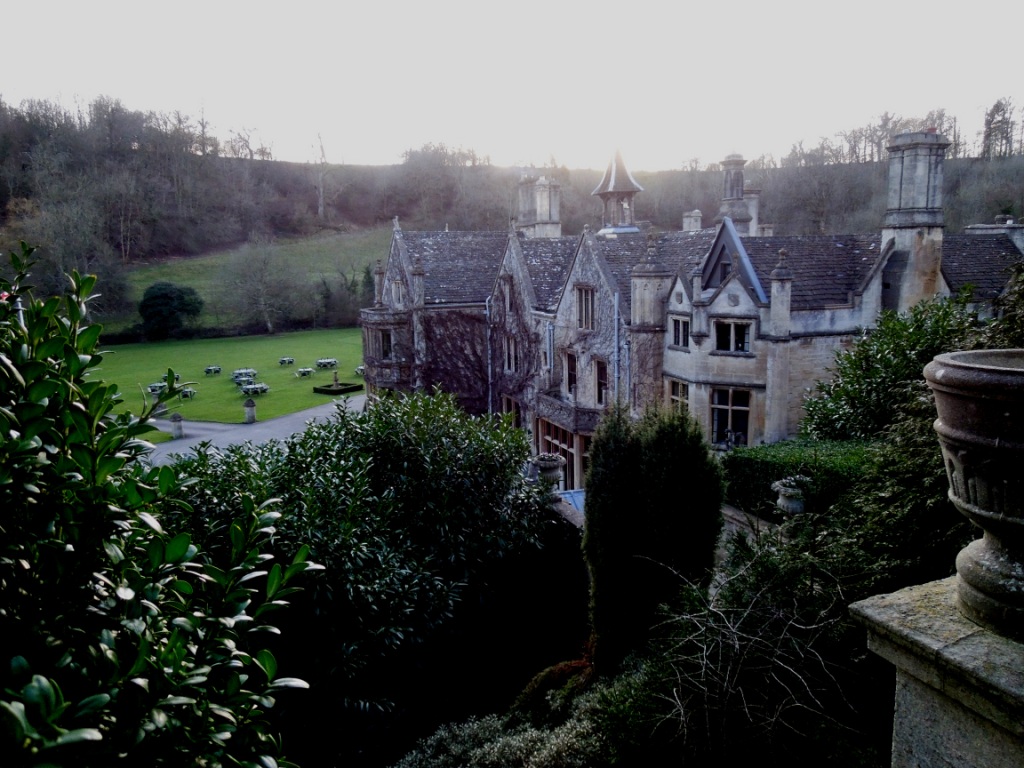 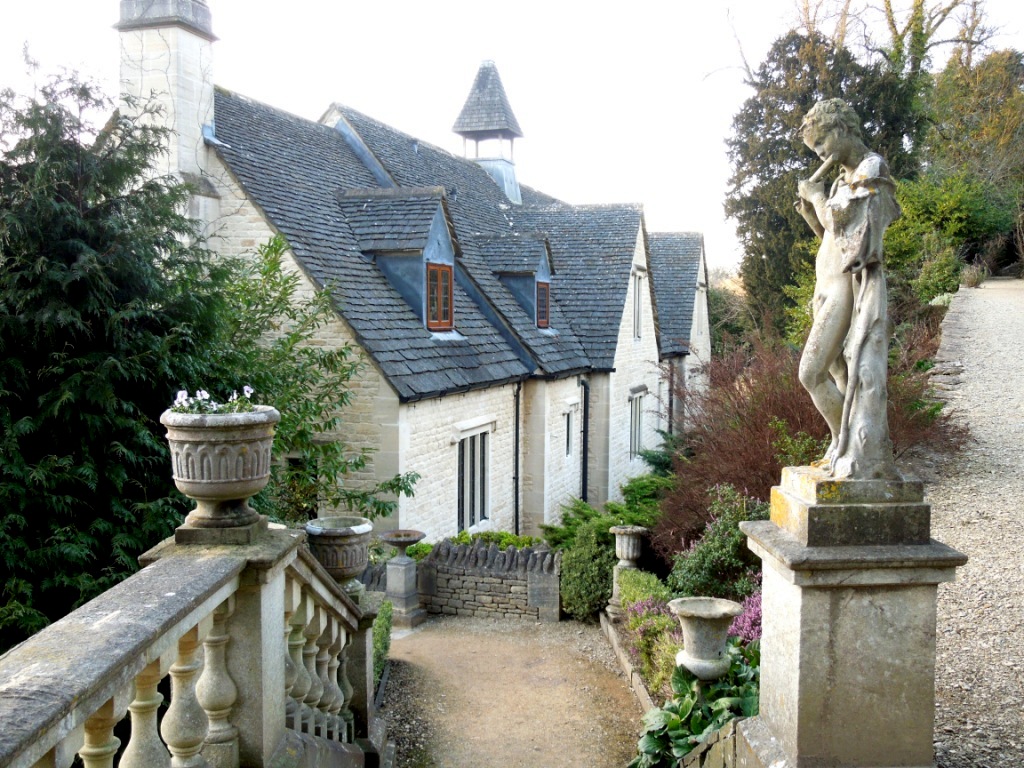 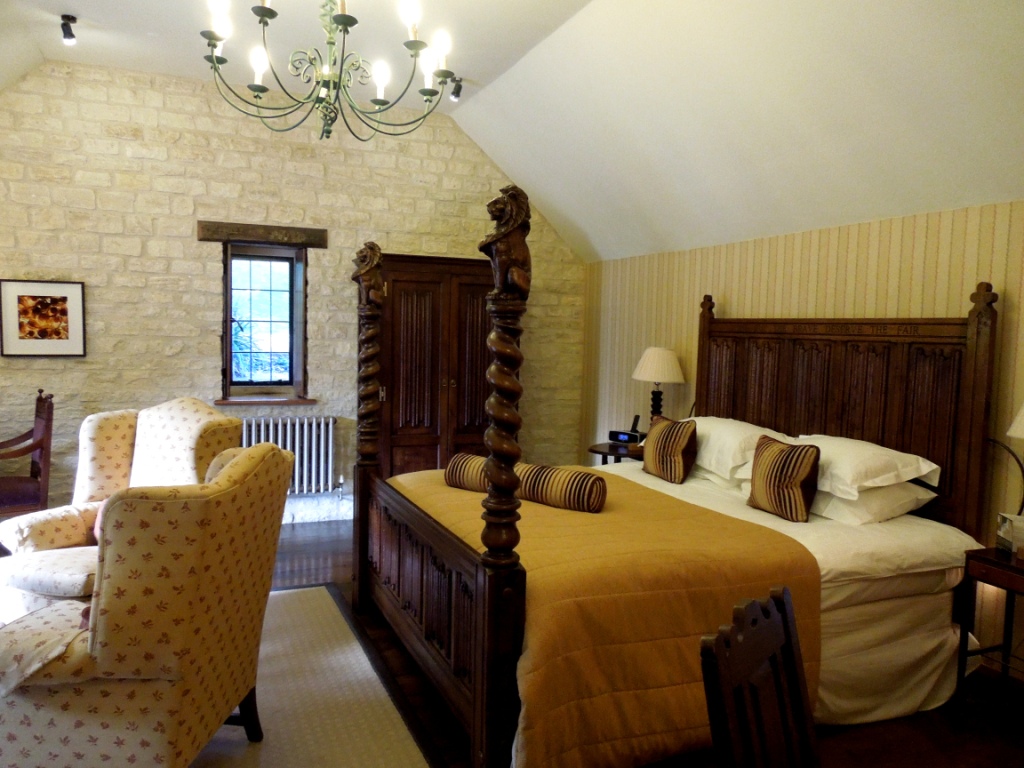 This 48-room hotel divided amongst a stately country house and a series of stone cottages and mews is part of the Small Luxury Hotels of the World group.  Surrounded by 365 acres of secluded parklands, an Italian garden and an 18-hole Peter Alliss-designed golf course, The Manor House had me at hello.

The building dates back to the 14th Century and if these walls could talk they would tell tales of the 17th century fires which ravaged its halls, Jacobean plots, and would even divulge details of a dalliance with William Shakespeare.  It’s rumored that Falstaff, the most intriguing character in the play Henry IV, was based upon the real life Lord of The Manor House Sir John Falstaff himself.  Hidden amongst the 18th century friezes in the drawing room is a carved bust of this lovable rogue. 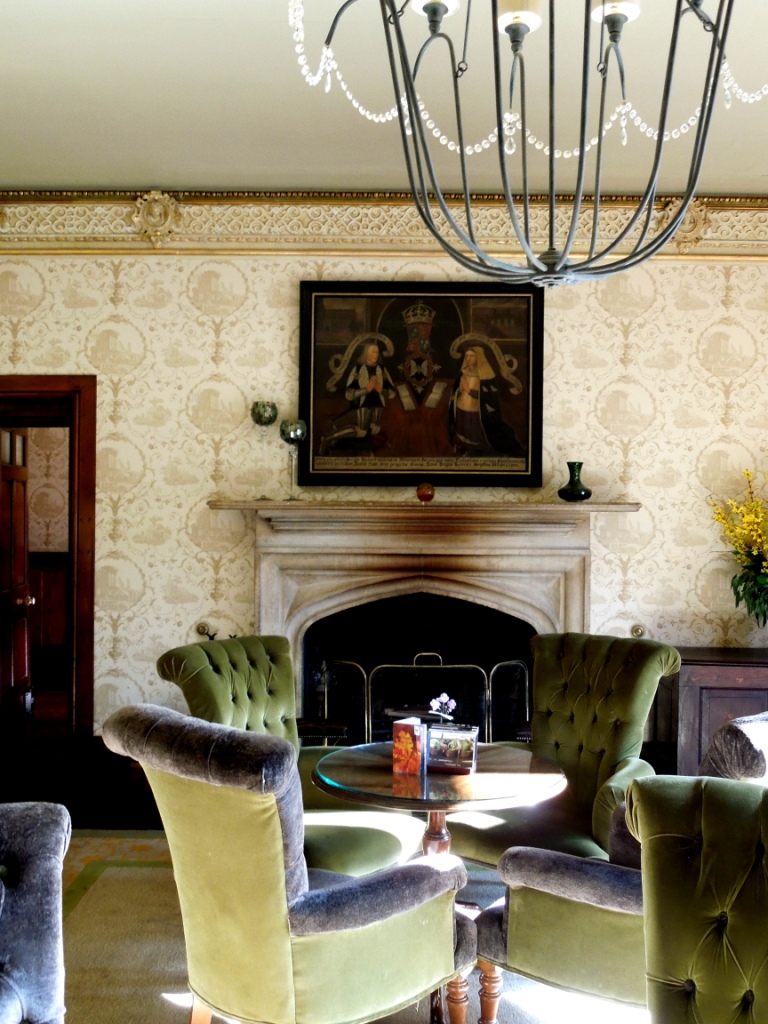 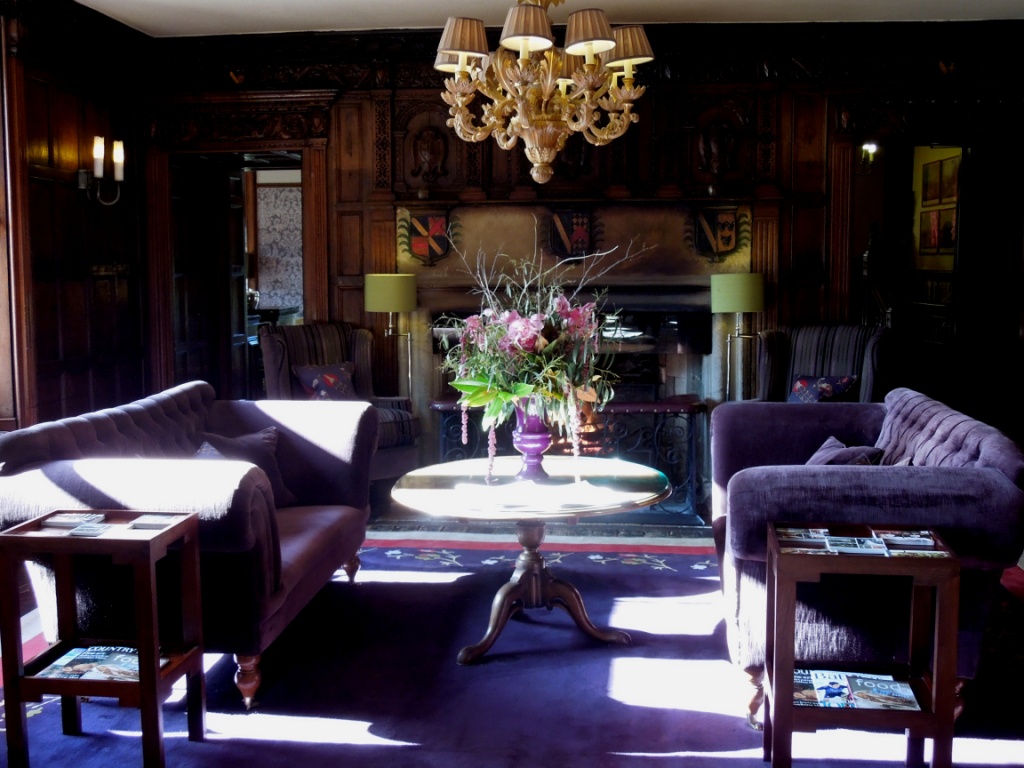 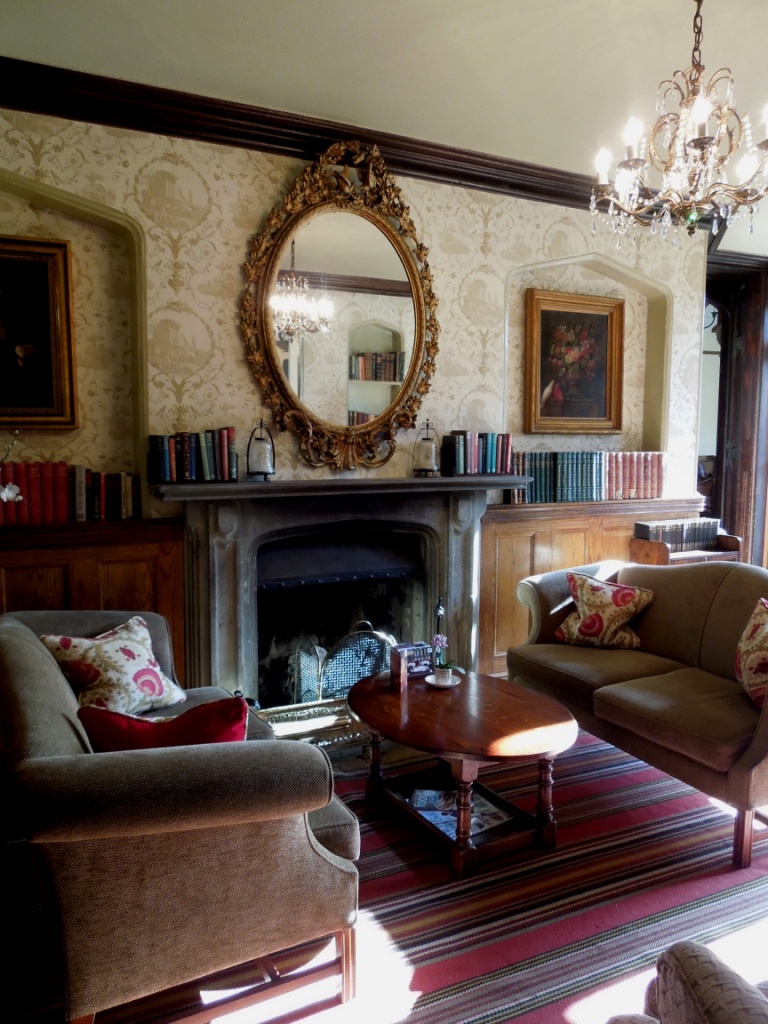 Recent guests are just as enchanting as those of yesteryear.  Care to sleep in a bed vacated by Jude Law? Or Gwyneth Paltrow?  Perhaps you’d rather pull yourself up to the bar in the very same oak-paneled room where Margaret Thatcher wrote her memoir? Staying in hotels where the possibility of bumping into a celebrity on a discreet getaway always catches my fancy. While gourmet dining in the hotel’s Michelin-starred Bybrook Restaurant, named after the river crossing the estate, my eyes scanned the room in search of Madge or Kate.  I wasn’t picky – any celebrity would do.  I’d just missed the entire crew from Steven Spielberg’s film War Horse who’d literally taken over the entire property and village during the filming of last year’s epic hit.  Of course this wasn’t the first time the property had smiled for a Golden Globe debut.  Ever since The Manor House appeared in the 1967 classic Dr Doolittle, Hollywood has had its eyes on Castle Combe. 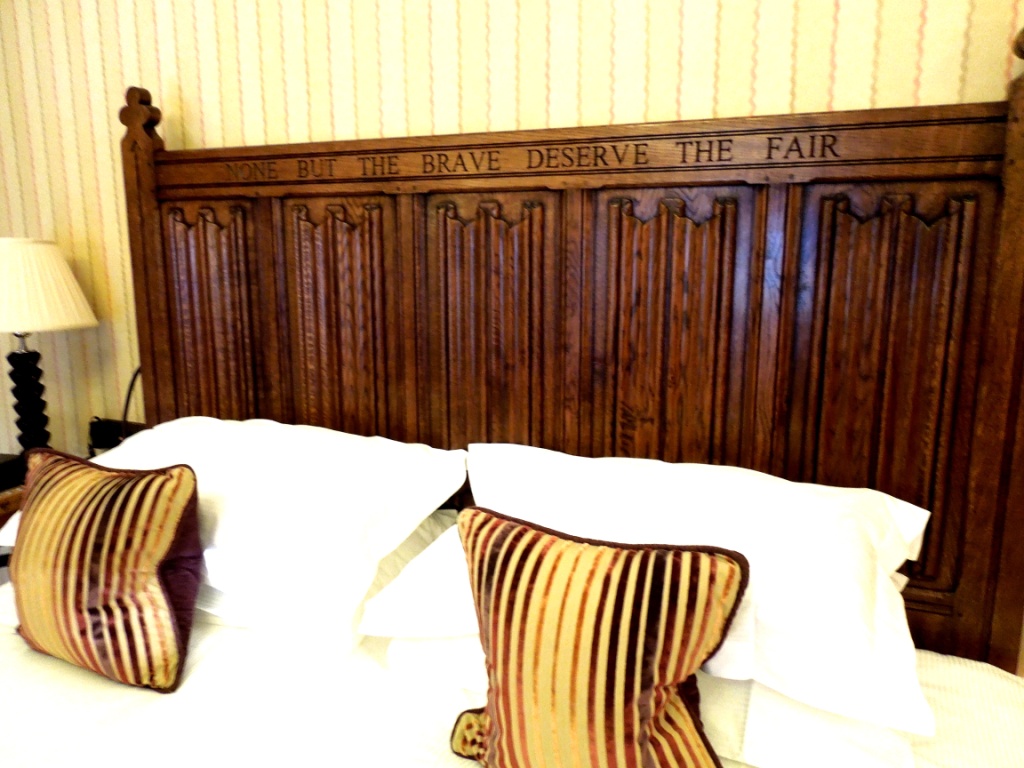 Situated on the southern-most edge of the Cotswolds, Castle Combe is one of the prettiest villages in England with its honey colored stone houses and archetypical gently rolling hills, The Manor House Hotel & Golf Club is so quintessentially English, so warm and inviting, that a slumber in their hallowed halls makes anyone feel like they were to the manor house born. 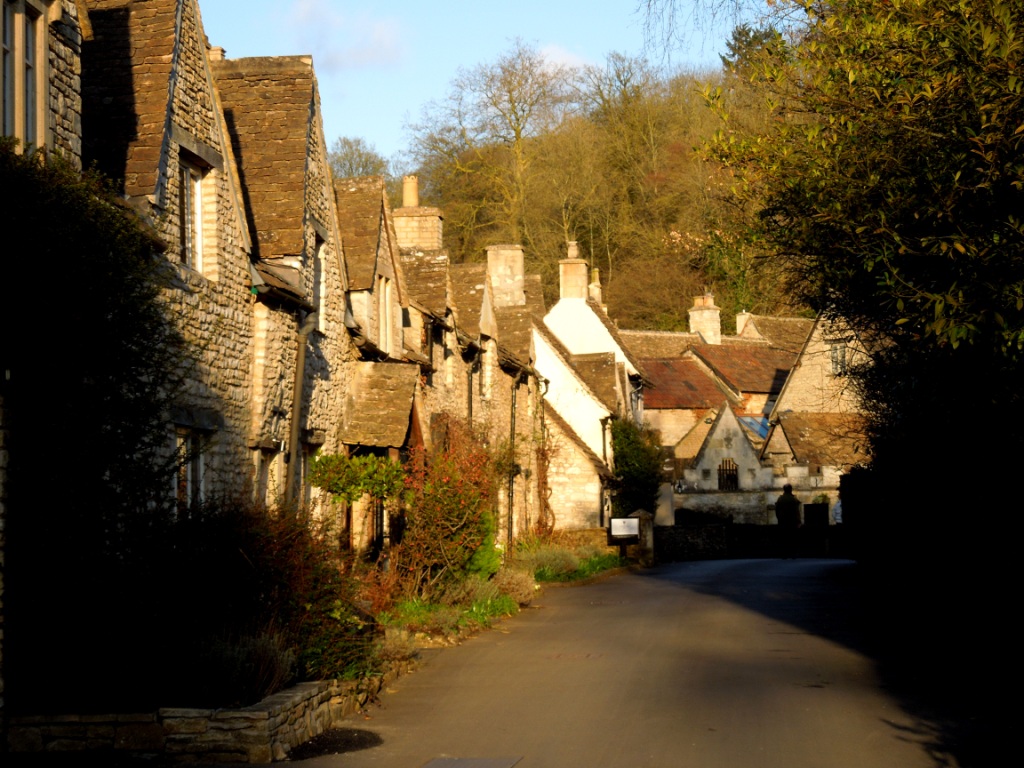 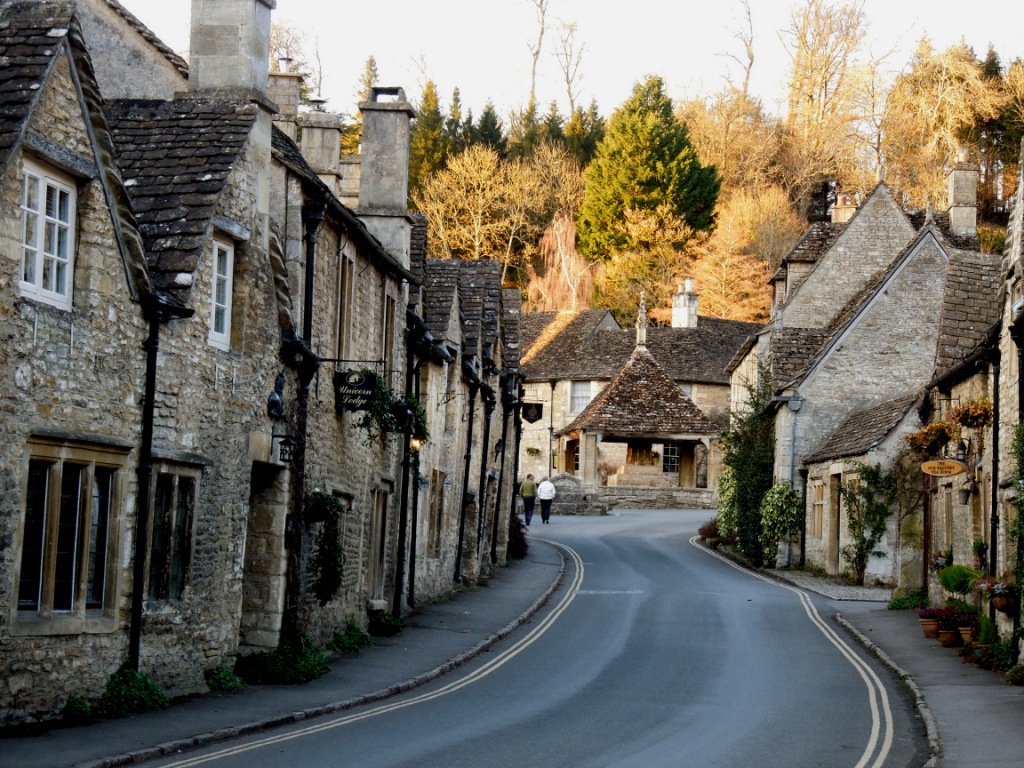