top: 5px; float: left; color: white; background: #781300; border: 1px solid darkkhaki; font-size: 60px; line-height: 50px; padding-top: 1px; padding-right: 5px; font-family: times;”>Baby, it’s cold outside! But these winter temperatures are nothing compared to -33 degrees in the Arctic Circle, which is where I spent my Christmas holiday.  Rather than running to sun for a beach holiday like I did last year in Thailand, this year I decided to embrace winter!  Let it snow, Let it Snow, Let it Snow! And snow it did.  In fact, all the way from my home in Berlin to Sweden where I stayed at the world famous ICEHOTEL.  Days were filled with Bailey’s spiked-hot chocolate, dog sledding, reindeer sledding and, in general, just trying to stay warm.  You’ll note my Arctic wardrobe differed greatly from my diva-attire… I was decked out in sub-thermal snowsuit morning, noon and night!  Nights were spent sleeping on ice beds… covered with reindeer fur!!! 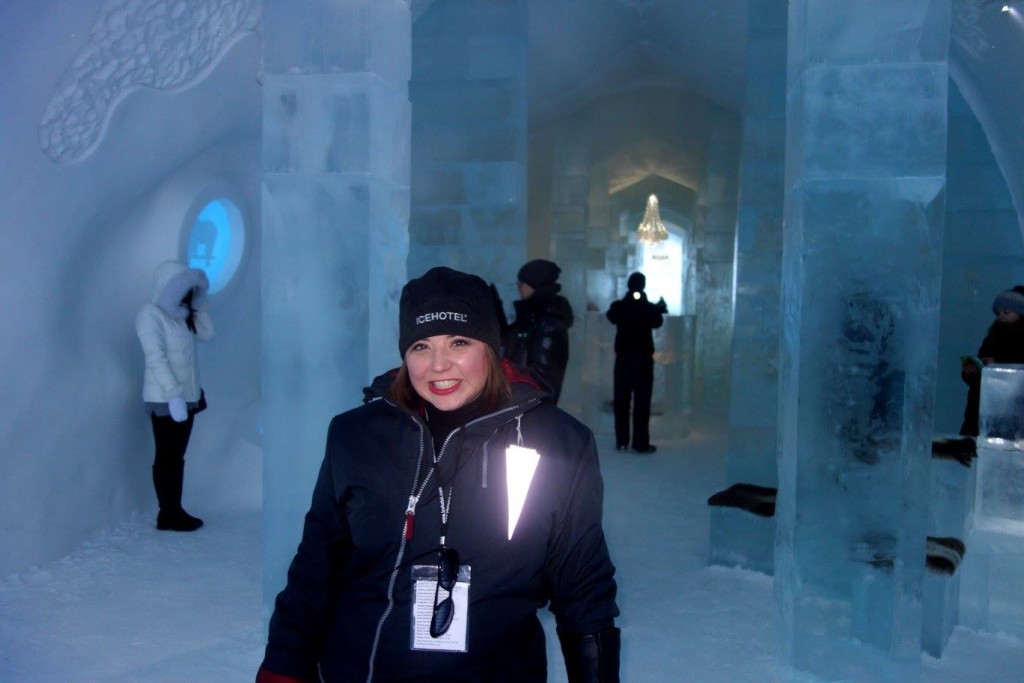 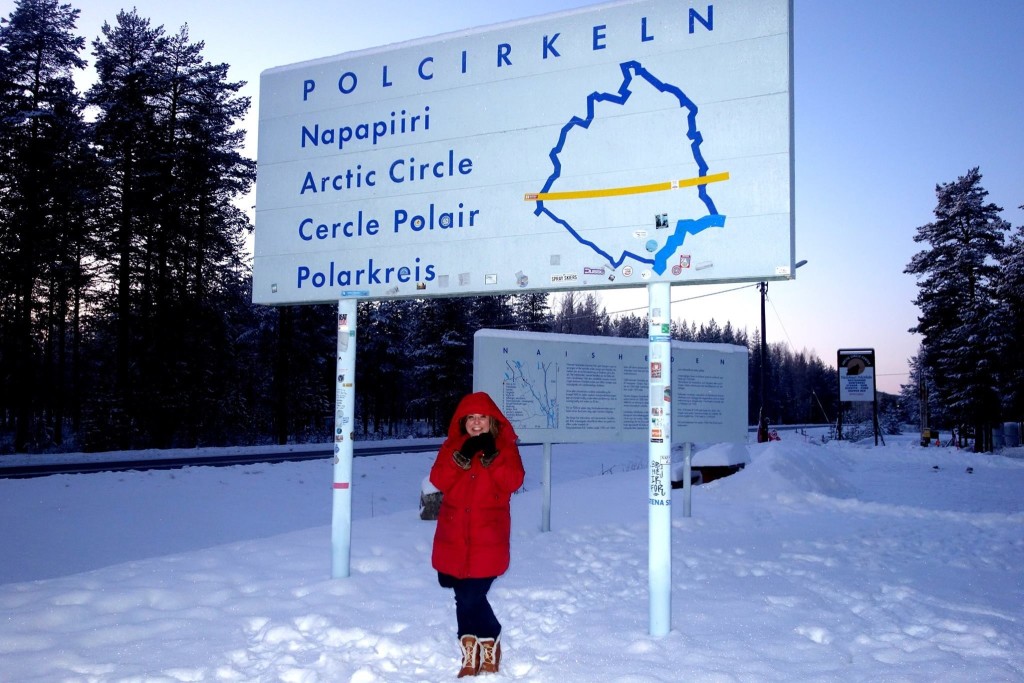 The ICEHOTEL is the largest hotel built completely of snow and ice in the world. Shockingly there are actually a handful of tos/worlds-10-coolest-ice-hotels” target=”_blank”>“ice hotels” around the world.  Located about 200 km north of the Arctic circle it calls the small northern Swedish village of Jukkasjärvi home.  At about 18,000 square feet, this gigantic igloo is constructed completely out of ice from the Torne River. And when I say everything is made of ice, I mean EVERYTHING! Even our bed was made of ice!!!   Each year between March and April 5,000 tons of ice are harvested and kept in cool storage throughout the warmer months until November when about 100 people, including many artists who are expert ice sculptors, use it to build the structure of the hotel. That’s right—the hotel is rebuilt every single year – it melts by July, running back into the river from whence it came, and then the next November they start construction again. And for my designer/architect readers….  EACH YEAR they have to get approved again for BUILDING CODES!!!  Can you imagine the administration!?!  The hotel is then open from December to April until it begins to literally melt away and return to the Torne River. 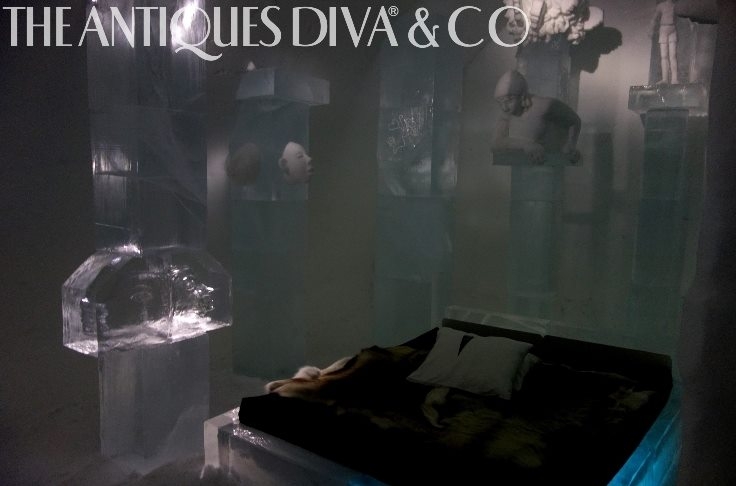 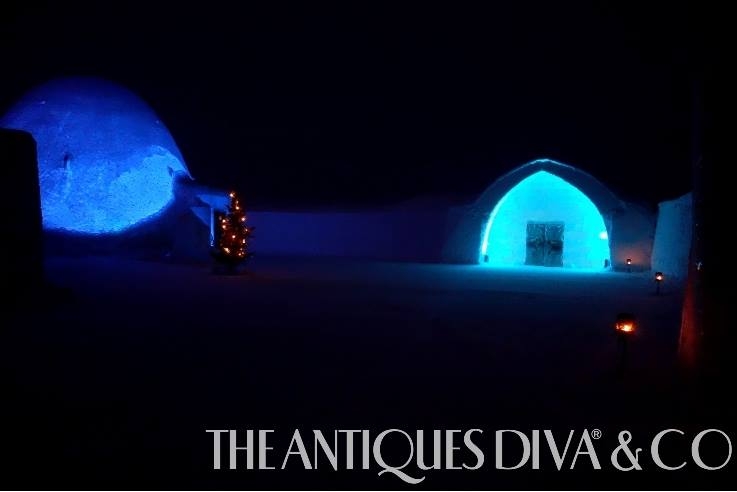 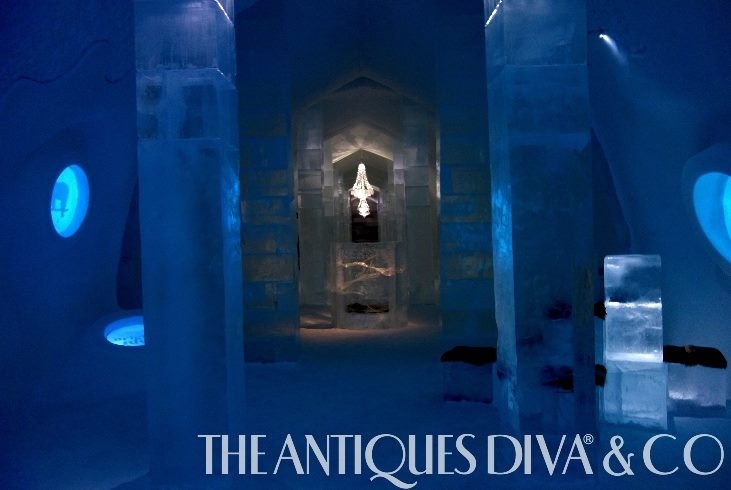 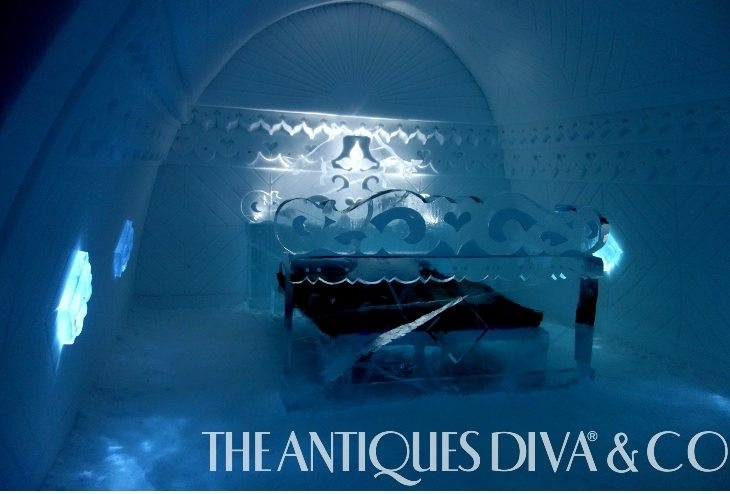 The “cool” thing (no pun intended) about the fact it’s rebuilt every year means each year the hotel chooses designers (who do not have to know about ice – just have to create a theme) to design new theme rooms.  The hotel is always looking for applicants so if you’re a designer seeking to expand your brand and visibility this is an incredible opportunity to shine!!   The luxury art suites are where you want to stay! My room? “Abject Beauty”.  Although the hotel varies by year, there are typically around 65 rooms which are divided into deluxe suites, art suites, ice rooms, snow rooms, and group rooms. 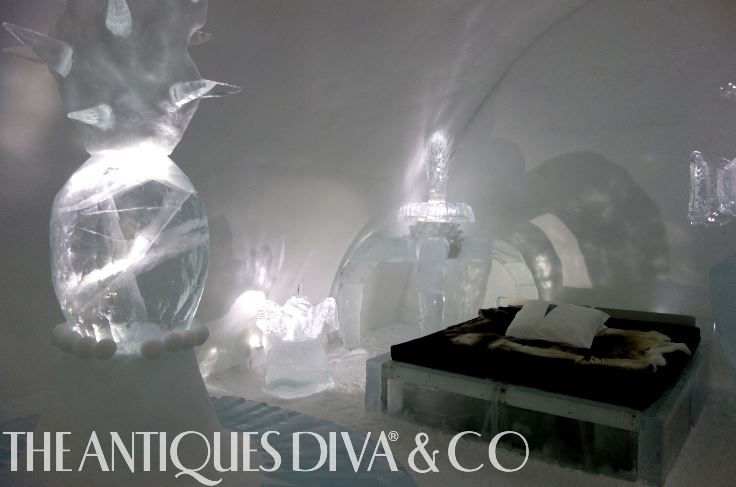 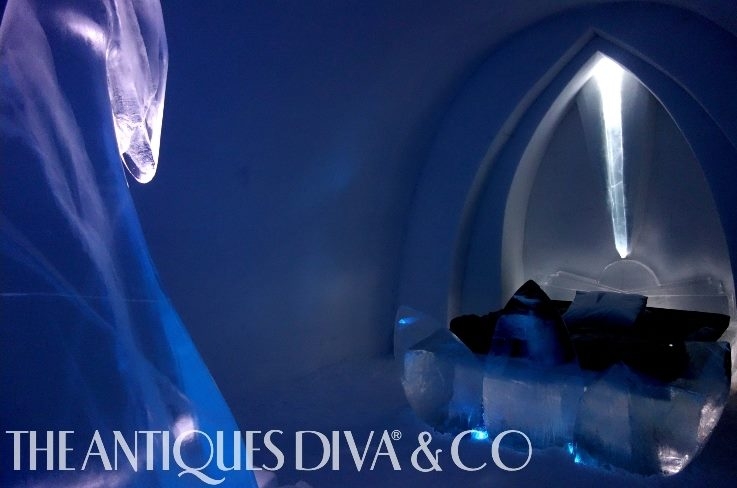 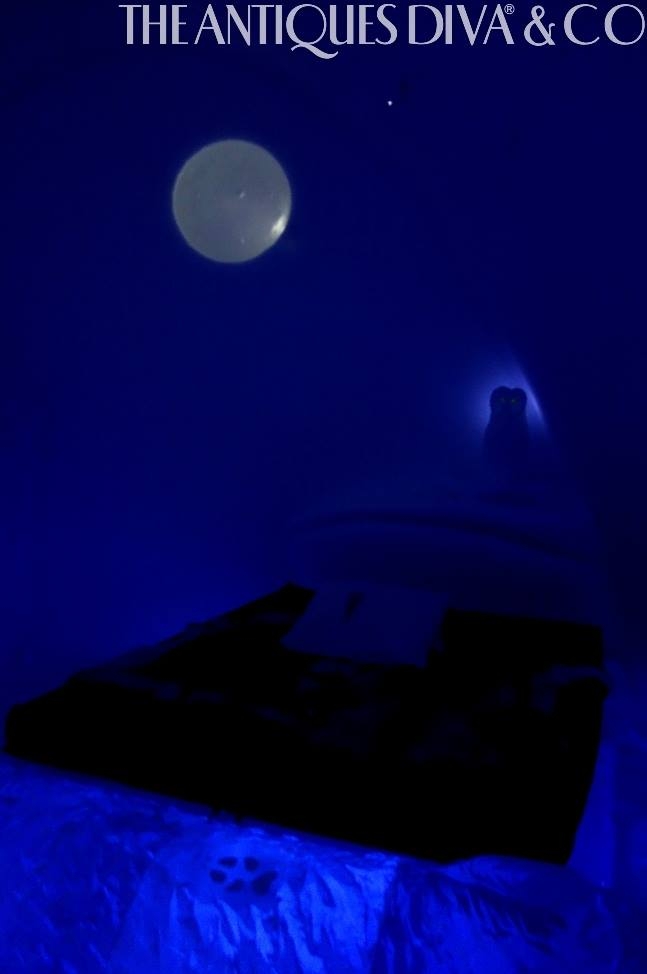 While the hotel itself is quite the attraction, it isn’t the only thing worth seeing or experiencing in this region of the world. While there we were able to observe the Northern Lights which is an amazing experience in itself – and daylight was only about 4 hours a day. Reindeers dotted the sides of the road so driving was an obstacle at times! And reindeer rugs were available for sale EVERYWHERE!

All in all, it was a trip of a lifetime.  I can’t say it’s an experience I’d like to repeat… however, I would definitely say it’s something you have to do at least once in your life.  Add this one to your bucket list.