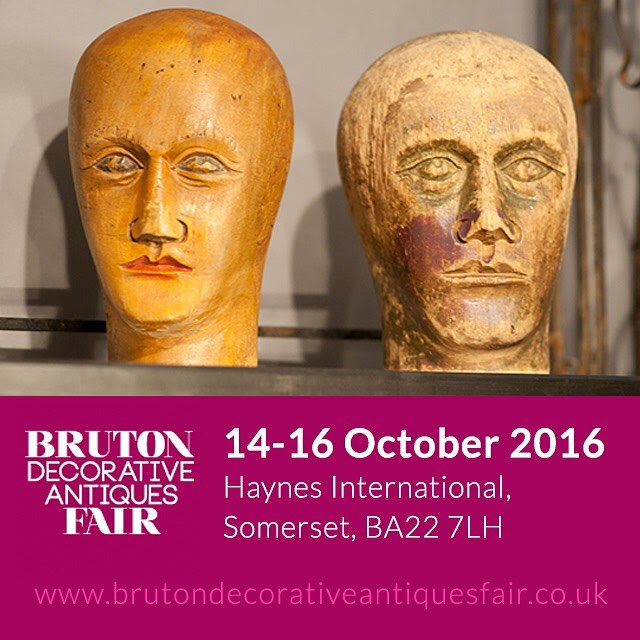 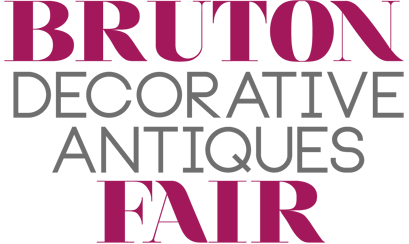 Here at The Antiques Diva & Co it’s been a busy few months! We’re getting ready to launch our new Asia Tours, I’m currently traveling in the USA working on a few new projects—watch this space!— and our Diva Guides in Europe have been keeping things running smoothly in our 8 European Tour Countries! Our UK Diva Agent Gail McCleod always has the scoop on what’s happening with antiques in the UK. In fact, her website, Antiques News & Fairs is a fantastic resource for anyone in the antiques industry. Gail has led many tours of the Bath Decorative Antiques Fair, and we are excited to announce a sister fair, The Bruton Decorative Antiques Fair is coming up on October 14-16.

The Bruton Decorative Antiques Fair welcomes a number of Bath exhibitors together with a large group of new exhibitors both regional and national dealing in decorative antiques from France, Scandinavia and Great Britain; featuring Folk Art, Mid Century design, Modern and Contemporary Art, Architectural Salvage, Country House furniture, and antiques and vintage for the garden and conservatory.

For Trade Preview tickets and to book a private tour with an Antiques Diva Guide, email us at info@antiquesdiva.com. We’d love to take you to this new fair and maximize your time by taking you to our secret sources in the countryside as well!

top: 5px; float: left; color: white; background: #781300; border: 1px solid darkkhaki; font-size: 60px; line-height: 50px; padding-top: 1px; padding-right: 5px; font-family: times;”>Here at The Antiques Diva & Co we offer Antique Buying Tours in 8 different countries. And while our Diva Guides are all united by their love for antiques, it seems that each country has something unique to offer. Whether it is a certain style, a way of living, or particular pieces specific to a certain country, we always try to show clients what makes each locale special. Often times clients want to take a piece home of whichever tour country they’re in, and we love that! Whenever I’m in England it seems that there are a few key things that come to mind—The Royal Family, great country houses, and of course TEA! Clients always enjoy stopping for a spot of tea in between antiquing appointments and participating in this quintessentially English tradition. Of course, many of our sources sell antique tea services, spoons, and caddies. Tea caddies make wonderful decorative accessories and can be beautifully displayed alone or in a collection. With a wide variety of caddies out there, here’s a bit of history on them.