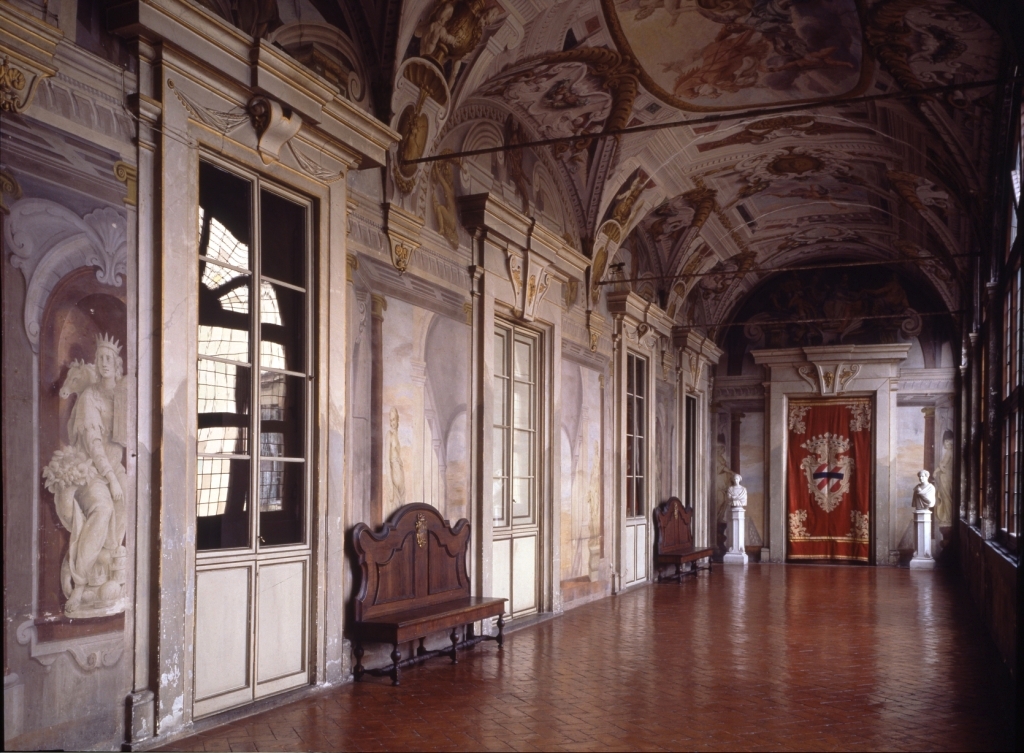 My Antiques Diva Guide in Tuscany, Susan P, did it again… she honed in on a fabulous antiques fair to tell our readers all about!  Susan, in the role of roving reporter, writes from Florence sharing exclusive coverage of the 27th Biennale Internazionale dell’Antiquariato di Firenze.

So Ciao Ciao from me, The Antiques Diva

GUEST BLOG
This October the to.it/” target=”_blank”>27th Biennale Internazionale dell’Antiquariato di Firenze took place in the wonderful Palazzo Corsini which sits on the banks of the Arno in the heart of Florence, just a stones throw from the Uffizzi.  It was a spectacular location for such an important event. 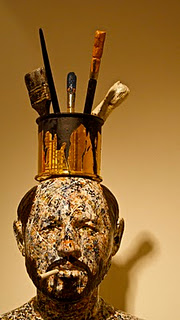 The ‘Biennale’ antiques fair is the oldest in Italy and one of the most important and prestigious of its kind in the world, inaugurated in 1959 at the Palazzo Strozzi as the idea of Luigi Bellini Sr, a member of the illustrious family of Florentine antiquarians. It became a cultural and social event that could not be missed, to the extent that the Florentine Fair was visited both by the members of the international jet set and by a crowd avid for curiosities, knowledge and marvels and still remains so today… an event where everyone knows everyone. 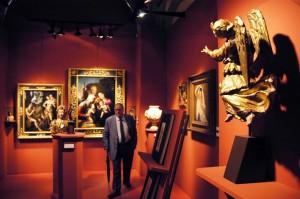 Definitely not for the casual collector; but a treat to have the privilege to view what in effect is a private museum. Termed ‘rooms’ rather than stands, each elegantly decorated and of course tastefully displayed, items having been carefully selected for the occasion. To find so much under one roof was almost overwhelming; fine and rare pieces (fearful to ask the price of most) spanning from Roman busts to 20th century art. 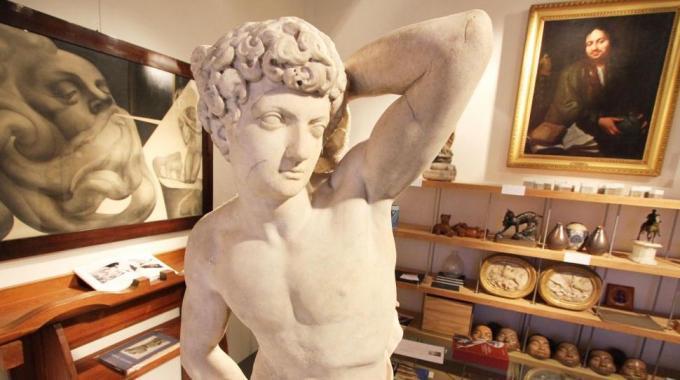 Names such as Canaletto (of which there were seven drawings from a private collection) and Carriera seemed the norm. 88 exhibitors, of which 14 were foreign dealers, showcased a dazzling array of over 3,000 objects which included paintings, sculpture, furniture, books and rugs… with contemporary jewellery and art to complete the picture (excuse the pun). 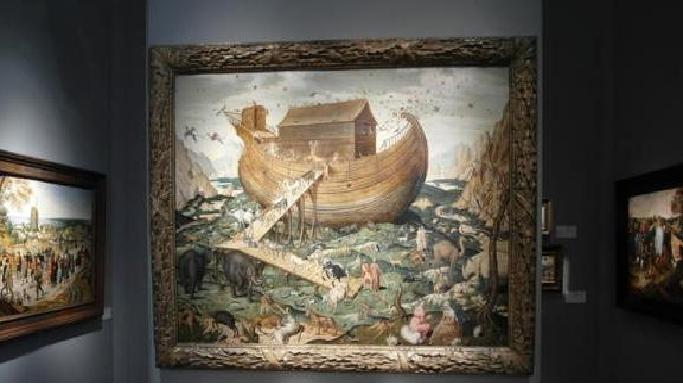 My favourite piece was ‘Noah’s Ark on the Mount Ararat’ by Simon de Myle, a signed and dated panel of 1570 exhibited by the Paris Gallery of De Jonckheere Paris, which I discovered was sold late spring at Sotheby’s in Paris for over euro 1,000,000, way over its estimate but is the only known piece by this artist. I could definitely find a place for this at home!

Having said that, I couldn’t help but be drawn to two paintings displayed by Robilant & Voena, who have galleries in both London and Milan.

View of the Arno

Recently rediscovered works by Thomas Patch (1725-1782) entitled, ‘View of the Arno with the Santa Trinita Bridge’ and ‘View of Piazza della Signoria’, have been conserved for over half a century in a German private collection. Patch himself was an interesting character with quite a story; he was one of the many who embarked on the grand tour of Europe, struck by Stendhal’s syndrome perhaps other enticements remained in Florence till his death, making his living undertaking commissions from rich young British men on the grand tour. His paintings today are in the Royal Collection in London and various museums. 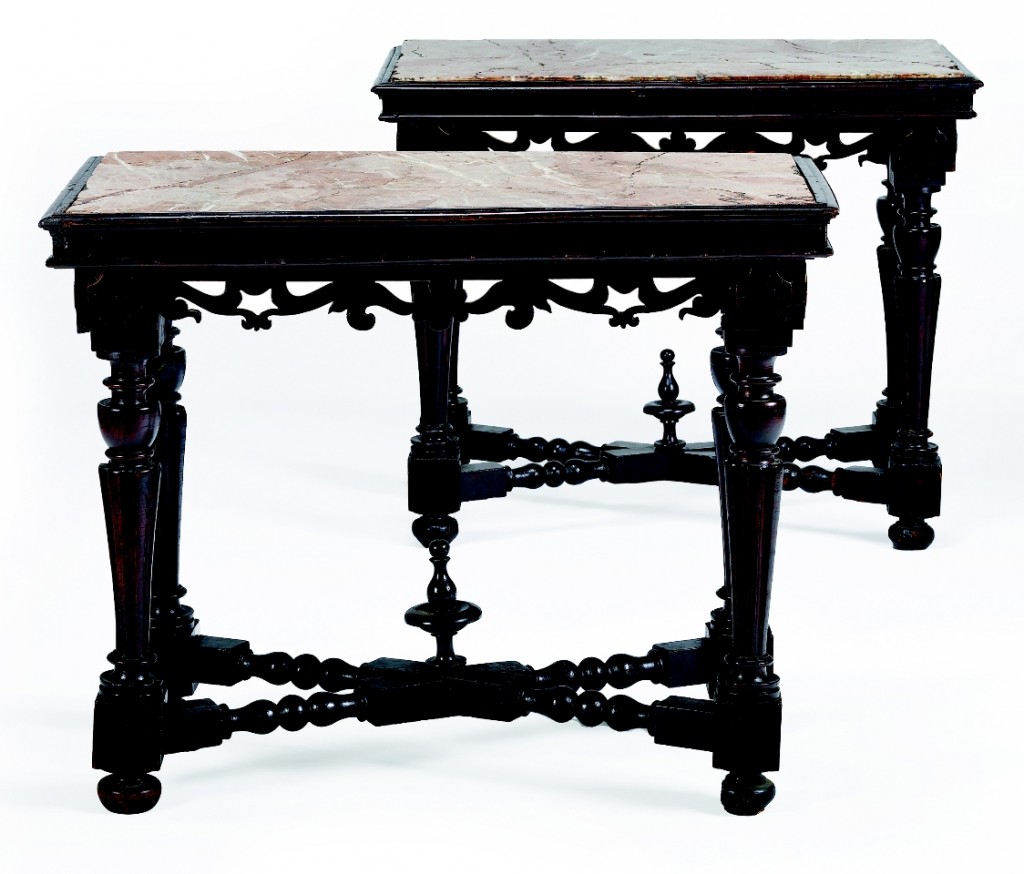 There were also fabulous pieces of furniture and sculptures, Italian furniture. On the stand of Piva & Cie, Milan was a pair of turned and carved 17th-century tables in walnut with tops of Verona marble. But I was distracted by a magnificent, elaborately decorated 18th-century Venetian mirror, heavily gilded with inserts in mother-of-pearl (Gallo Antiquariato, Milan). 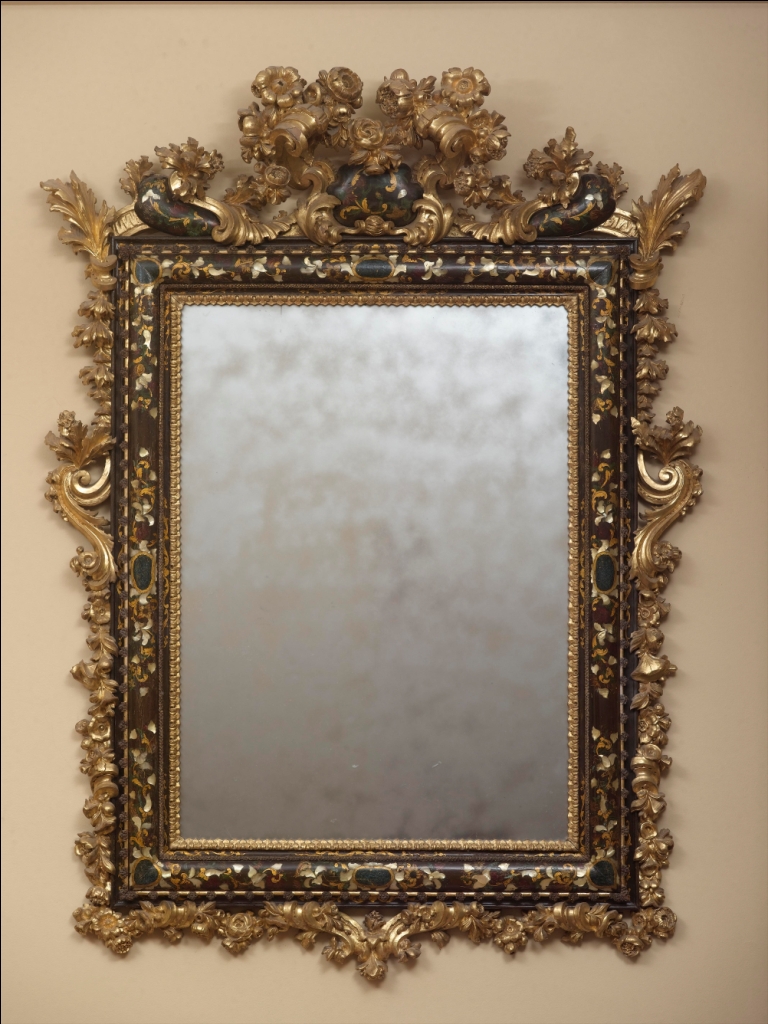 A pleasant surprise and interlude was the Diana Vreeland Gallery which specializes in jewellery from 1900 to 1970. Fabulous pieces that conjures up images of society parties in the 50’s an 60’s from great names such as Boucheron and Webb to name just two.

There were also dealers from north to south of Italy, including Naples which of course included a display of an authentic 18th century Neapolitan nativity scene.

Although out of reach for many of us, everything is for sale though destined to become part of private and public collections. Each piece is carefully vetted by two committees; the Florence export office and officials from the ministry of culture in Rome, having been authenticated and verified they are given an export license, unless it is one of the four or five items in every fair that have been considered to be of great importance to the heritage of Italy and are therefore only tradable within Italy 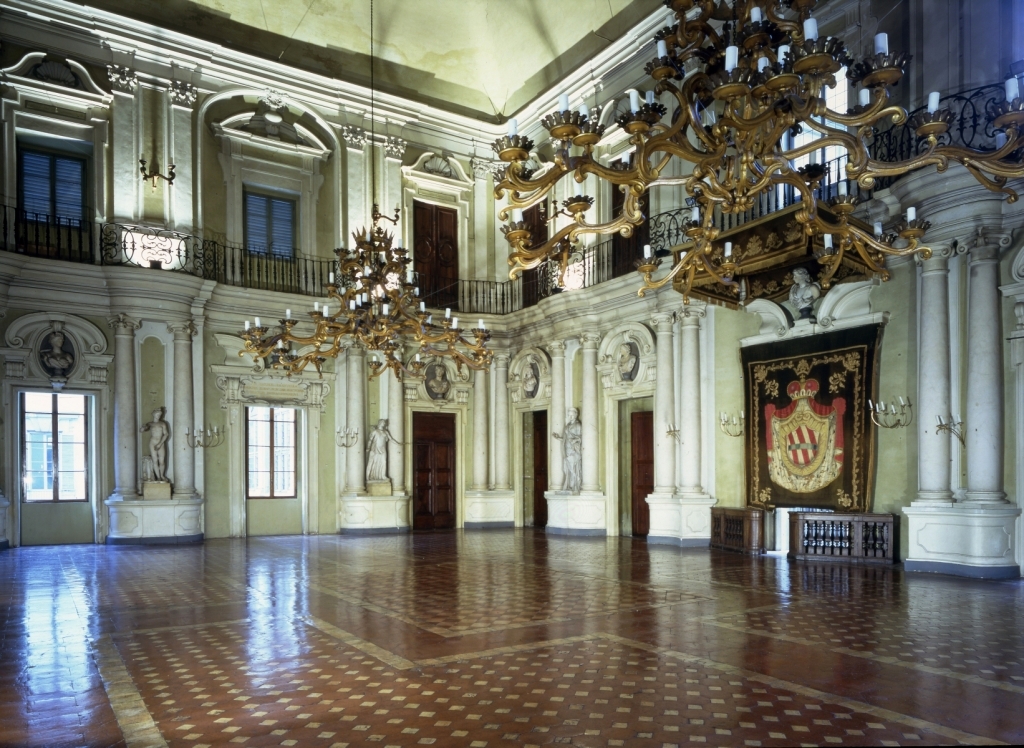 The location for the fair is just as spectacular:  the imposing Palazzo Corsini, which sits right along the Arno not too far from the Uffizzi Museum, has hosted the Biennale since 1997. It was apparently built as a ‘casino’; no, not for gambling but the diminutive for a house (casa) in Italian. This ‘little’ house was apparently surrounded by gardens and fields – hard to believe today. The palace has hosted great personalities from the nobility of the renaissance and politicians of every epoca to Greta Garbo, Giorgio De Chirico and John Houston. The Palazzo Corsini in its subdued Baroque style with 18th-century flair is truly an amazing building and a sight to see in itself. Externally it gives little clue as to what lies inside. The imposing reception rooms designed for every occasion painstakingly stuccoed and decorated. Even a Grotto on the ground floor resplendent with encrusted shells and coral.

Lunch catering by one of my favourite, Convivium, to end the day as we took a moment to reflect; sipping prosecco on the open ‘Loggia’ terrace looking down to the Arno and up to Piazza Michelangelo and sigh, Stendahl’s syndrome perhaps?

P.S.  If you enjoyed this blog post about this great antique fair in Italy, you might consider booking an tours/italy/” target=”_blank”>Italian Antiques Tour with La Dolce Diva Susan P, shopping from Florence to Arezzo, Sienna, and throughout the Tuscan borders.