top:2px;padding-right:5px;font-family:times;”>My friend The Maven doesn’t email often but when she does it is usually an email smacked full of great advice on where to get an incredible bargain! Last year at the Globe Reisburo Mid-Summer Midnight Madness Sale, she managed to find a killer bargain, booking a 3 night trip to South Africa for 199 Euros (including both air + hotel). All her friends were so jealous of her fab find that this time she made sure to tell everyone she knows about this year’s event!

The Maven encourages all you travel-divas to mark your calendars for a super travel sale! May 22nd from 9pm until midnight the Globe Reisburo Mid-Summer Midnight Sale will take place in select locations around The Netherlands. Unfortunately, they never pre-release information on which travel packages will be for sale so you simply have to show up and see what is on offer! Susan, a Canadian expat friend who did some “legwork” trying to find some information on this sale says, “Even the travel agents don’t find out the travel packages on offer until minutes before the sale starts! Everything in their inventory is on a first come – first serve basis, which means plan on arriving at your local Globe office earlier rather than later.” And before dashing out the door, you might want to call in advance to verify that your local Globe Office is participating in the sale as not all shops are included in this mad “avond”. 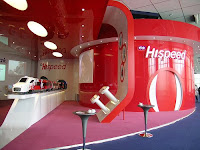 Travel sales seem to be “tober_2007/frenglish_and_franglaise.htm” target=”_blank”>de rigueur du jour” as my inbox was inundated with special offers this morning. Just in case you don’t receive the same junk mail I do, I thought I’d pass along some information on 2 special sales happening right now! From the 14 – 18 May, Sky Europe is offering their “Big Summer Sale” with airline tickets as low as 19E for one-way tickets to Vienna & Prague for travel between May 26 and Sept 30, while NS Hi Speed is offering a 2 day sale on the 15 & 16 May selling 1st class train tickets for 59 E one-way from Amsterdam to Paris for travel during special weekends in May, June & July. 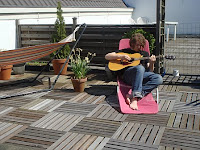 On a final note, you might have noticed that over the past month I’ve had quite a few “guest bloggers” – that’s because I’ve been away on holiday myself. My 16 year old nephew is in town for a month & a half and we’ve been doing the Grand Tour. He’s getting an upscale version of the typical rite of passage backpacker’s holiday (needless to say I don’t do backpacks, thus the upscale version) as we’re jetting around Europe hitting the capitals (and other sites along the way) as part of his European education! Last week was Berlin, the week before that was London (with a stop in Stonehenge, Oxford & Stratford upon Avon). Next week we’re be off to Brussels followed by a dash to Paris. In between we’re hanging out in Amsterdam taking art lessons with Charissa and hitting some of A’dams best museums. The poor boy has barely had time to sleep 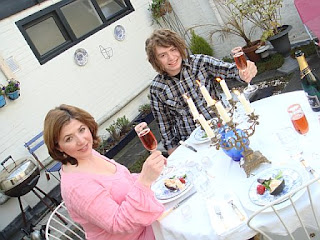 or strum his guitar and I’ve not had a moment to blog! Nevertheless, I hope you’ve enjoyed my guest bloggers in my absence! And by the way, if you ever have a tip to share or want to write your own guest blog, feel free to email The Antiques Diva™ at to:toma@antiquesdiva.com”>toma@antiquesdiva.com to share your guest blog idea!