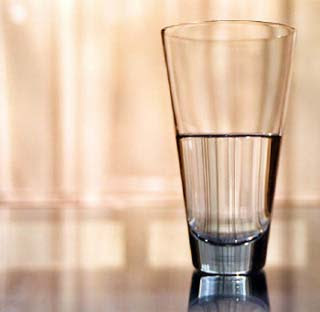 top:2px;padding-right:5px;font-family:times;”>Every year at Christmas I write one of those annoying letters – you know the ones – where friends tell you about their year in excruciating detail, tucking in snapshots of beach holidays and telling ridiculously cheery good news. The one that causes you to groan out loud. When writing my Christmas letters I, for one, like to share the beastly details along with the best. The year my husband and I suddenly were transferred to Paris with his company in September, we started the Christmas newsletter by giving an accurate-to-date count of the number of gray hairs I’d sprouted as of that point and then went into a long, detailed account of our dearly departed pet Catalina’s problems with gingivitis before announcing to the world that we’d finally fulfilled our life dream and moved to Paris.

In a world divided by optimists & pessimists, I fall strongly on the side of the former. I have a sunny disposition – one that I’ve been told can be annoying at times as I truly always see the silver lining in any situation and am a generally happy-go-lucky girl. As a child, my mother said about me – and mind you, I come from a rural, agricultural upbringing so don’t let the colorfulness of this next phrase shock – that I could “fall in a bucket of cow manure and find a bright, shiny penny”.

to 10px; WIDTH: 400px; CURSOR: hand; HEIGHT: 300px; TEXT-ALIGN: center” alt=”” src=”http://2.bp.blogspot.com/_kcTb8DnPVW4/SrYro6lacFI/AAAAAAAADkk/9WjmigxgbVU/s400/213.JPG” border=”0″ />October has always been my favorite month because it’s my birthday month. I enjoy fall colors and turtleneck/scarf season and even Halloween. But this October, with my 36th birthday looming, I no longer am in my early 30’s. Instead, I’ve fallen into that next category that appears on nearly all forms – “the 36-41” age category. If generous, one will say “She’s in her mid-30’s” while one less forgiving (and inevitably one who sees a cup half-empty) will proclaim “She’s leaning towards 40”. But I must tell I might be aging faster than the speed of light: my bill at the hair stylist seems to have doubled in the last year as I fight the battle against the grays and my body no longer obeys the way it did in my 20’s. But this Fall – this October – is a good one.

to 10px; WIDTH: 200px; CURSOR: hand; HEIGHT: 130px; TEXT-ALIGN: center” alt=”” src=”http://1.bp.blogspot.com/_kcTb8DnPVW4/SrYvGk6q_nI/AAAAAAAADk8/pOV189cXy8k/s200/German-Flag.gif” border=”0″ />And though I could tell you about how my car was recently towed because I’d parked on the lane behind my Berlin apartment in a zone temporarily marked “no parking due to the Berlin marathon” and didn’t notice the sign written in German because it blended with all the campaign posters for the upcoming election, or that due to a clerical error with health insurance my recent extensive medical testing that should have been fully covered by insurance is now costing me 700E. And I could even tell that I’ve entered into a battle with the German postal system that makes the battle against my gray hair seem meek – this battle a result of the fact that each and every package sent to my home address gets returned to sender due to postal system errors. Instead, I’m now giving everyone and their dog my husband’s office address and asking his employer to obtain packages on our behalf…. You see, there’s the silver lining in everything. My medical tests may have cost me, but I’m as healthy as a horse. And that car that was towed? Well, it really turned out quite well. First off, it wasn’t stolen, which was my initial thought. Secondly, though it cost me 170Euro, I did discover that the impounding lot was only a block away, the police dispatcher in my neighborhood is a lovely young lady who speaks perfect English and now I know who to call in case of an emergency – or stolen car!

Life is about yen and yang. You take the good with the bad and though this last month I’ve seen loads of bad and even stubbed my toe shortly before sitting down to write this blog, this last month has also been sensational. It started with meeting my blog hero Ronda Carman of “All the Best”, getting a podcast interview on her site, then doing my blog interview “Hamming it Up with The Antiques Diva” with “La Mom” then that interview getting picked up first by Parisien Salon and then by Lonely Planet. Meanwhile I hit the glossy pages this month, making an appearance in the October issues of both Marie Claire & Travel + Leisure, the latter alongside one of the darlings of the antique world, Claudia Strasser of Paris Apartment.

And as this blog is posting, I’m sitting in a café beside an antique market in Paris, having a coup de champagne. End September and early October is being filled with an explosion of new clients, new blog readers as a result of all this recent media coverage and my Fall French Flea Market Extravaganza. I left my apartment in Berlin on Sept 22 and won’t sleep in my own bed again (or see my darling husband) until Oct 7, but in the meantime I’ve led a series of group tours (and a journalist) around The Netherlands, then I hit the road running, arriving in Paris for a glorious two weeks of one-on-one dates with private clients, spending time with 3 different journalists and doing several small group tours. 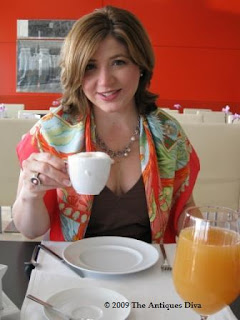 On top of it all, I’ve eaten Paris one bite at a time and caught up with old friends, tucking visits in between antique shops and flea markets. I’m exhausted but life is good. And when I return home to Berlin, I’ll crawl into bed with my husband, snuggling into the nook of his arm, and then I will sleep again… Until then, it’s time for another café crème and time to hit another flea market with client on arm! It’s a tough job, but someone has to do it!