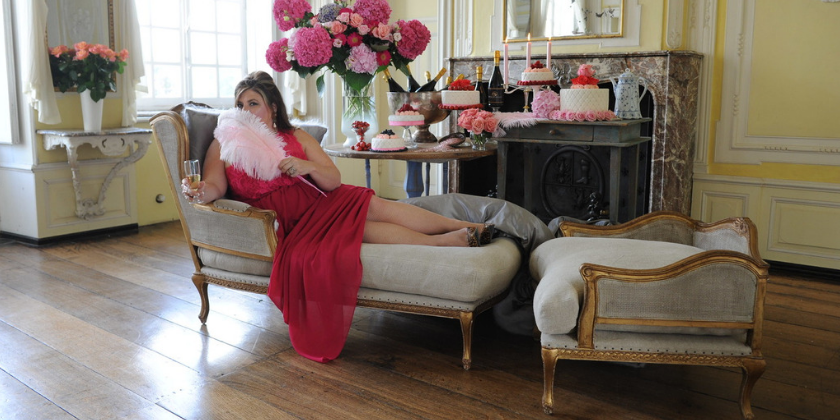 Today while running errands in Venice, I popped down the Calle delle Mandole to the Punto Simply grocery store and popped into my friend Jewelry Designer Marisa Convento’s shop, where she sells her handmade creations using antique Venetian beads. She inquired about my new kittens Fortuny and Fiorella – she had after all priorities, my kittens are quickly becoming the most popular cats on Instagram – and then, she said, “Congratulations on the launch of your furniture collection! You have traveled the world and seen some of the best designs and antiques in Europe, Asia and the Americas… I KNOW this collection is going to be good.” She emphasized “know” by touching her heart. Blushing, I thanked her and said, “I’ve a lifetime of design inspiration – Now I’m taking that design inspiration and putting it to work.”

Diane Vreeland said, “The Eye Has To Travel.”  Ernest Hemingway said, “Paris is a moveable feast.” What I always say is, “The most important tool in a designers briefcase is their passport.” Other cultures and countries educate the eye, entice the spirit, encourage travelers to think differently, to see new ways of doing things, and consider new ideas. In the 1960s and 70’s it was a right of passage to backpack across Europe. In the 17th and 18th Centuries, a young man of standing was not considered well-educated if he hadn’t taken The Grand Tour. Young men (and occasionally women) were traversing Europe, visiting Italy and France, learning the most important developments in language, arts, court etiquette, legal and political systems, science, culture and refined European taste. They visited France and Italy, Austria and the Low Countries and while they were out “getting cultured”, they also SHOPPED, Antiques Diva Style! Their purchases, known as “Grand Tour Souvenirs” were brought home and displayed in their salons in order to illustrate their knowledge and symbolize their refined tastes. Proof positive they were educated in the ways of the world!

During this time frame, one of the most important archeological discoveries of all time was uncovered – the Ruins of Pompeii and Herculaneum. Visiting Pompeii was imperative. I had been there nearly 20 years ago, but this summer along with a friend I took a pilgrimage to one of the most influential design destinations on the planet and I realized how much of my own furniture collection was birthed here.

Pompeii, located south of Rome and not far from Naples and the Amalfi Coast, is well-known for the vicious eruption of Mount Vesuvius on the 29th August 70 A.D. The eruption led to the entirety of the city being buried beneath a 6 meter thick layer of volcanic ash that solidified and preserved everything that lay beneath for 17 long centuries… When excavators broke earth in 1748, the original Classical Design felt new again. But what was amazing, was that recent innovations that had only been discovered in the last century or two were found to have been in use nearly 1500 or 1600 years before. All of Europe was entranced by the discoveries of Pompeii. Neoclassical – the new classical – was en vogue! And for people returning from the Grand Tour, showing they had a piece from Pompeii was something then like having a piece of the Berlin wall was in the 1990’s. Artists began painting the ruins, and furniture makers began incorporating their symbols into their artwork.

The style was based on the designs of Classical Greece and Rome. Vases were the ultimate symbol of the ancient world and there was an enormous craze for them in the second half of the 18th century. You’ll note in our Antiques Diva Collection by Aidan Gray we have a Lucite-wrapped console that’s done in a Neoclassical fashion and the base of the piece has a vase carved between the stretchers on the legs. Swags and festoons were totally in fashion  – as were hanging garlands of fabric, ribbons, flowers and bud-like motifs based on Classical Roman decoration. Lines of small bead shapes are also a frequent embellishment.

Fans of the French furniture style Louis 16th will recognize these motifs repeated again and again. It was during the Louis 16th timeframe that the ruins of Pompeii and Herculaneum were discovered – and elements from Pompeii pop up in the Louis 16th furniture. The Louis 16th style is neoclassical.

So my question is… Is our furniture collection at Aidan Gray the NEW neoclassical?

I can’t wait to share with you The Antiques Diva Collection by Aidan Gray Home.

Join us Oct 14 9am to 11am for our launch party
Bubbles and Bites
Aidan Gray
201 North Main, High Point North Carolina 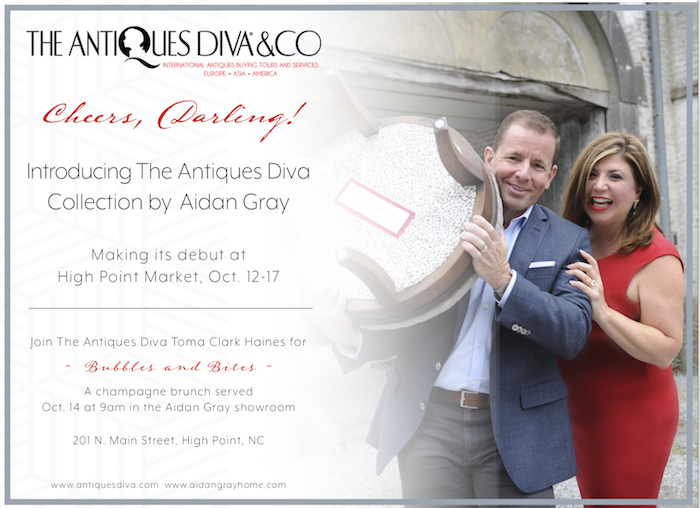