top:2px;padding-right:5px;font-family:times;”>As I sit to write my first blog since moving from Amsterdam to Berlin, I must confess I am feeling anything but like a diva! Last week as I interrupted “my nesting in Berlin routine” with a 3 day dash back to Holland for a public speaking engagement at the IWC in Eindhoven, it occurred to me that I had no clean clothes to wear (as our new German washing machine had not yet arrived) and that I was desperately in need of a manicure!

When one hears of an international move, they think of the glamour and excitement involved. But in reality, if any move by default is difficult, then an international move might just very well be hell. Add to a typical move scenario the following ingredients:
– not yet speaking the local language
– not being able to read the copious quantities of bills the Deutsch Post delivers daily
– combine with the reality of the German penchant for not putting closets in their abodes
and voila – you have a recipe for domestic disaster!

How Does One Move Into A House Without Any Closets or Cupboards?

The last few weeks have found me wavering from euphoria to despair. Euphoria when discovering that German is shockingly similar to Dutch – a language I spent nearly 4 years struggling to acquire, followed by despair when I realized the only phrase I could think to respond in German to a German government official speaking to me about my “resident permit” was “Wo ist die Toilette, bitte?” Joy returned again when I walked into my new home – a classically proportioned apartment in the heart of the Mitte with high ceilings and large German windows and rooms. But despair reared its ugly head when the moving company, which had thoughtfully unpacked all my boxes, departed and I discovered the floor of our family room was entirely filled with items which typically would have been stored away in closets or cupboards had they existed.
to 10px; WIDTH: 320px; CURSOR: hand; HEIGHT: 197px; TEXT-ALIGN: center” alt=”” src=”http://2.bp.blogspot.com/_kcTb8DnPVW4/SaMUNNZQUHI/AAAAAAAACmU/JhJW45DuUy8/s320/reichstag.jpg” border=”0″ />
Friends have called and Diva Readers have emailed inquiring, “How’s the move? Have you done much sightseeing?” While I tell them how I live in a historically-listed building only steps away from Brandenburg Gate and the Reichstag, what I really have to say is something of a letdown. Not for me, mind you, for I’m overjoyed about my recent daily accomplishments – but rather for those yearning to hear details of my “exciting life”. No one finds it nearly as exciting as I do when I joyfully exclaim, “My kitchen is finally organized! And I’ve found a storage unit for the bathroom!”
to 10px; WIDTH: 320px; CURSOR: hand; HEIGHT: 45px; TEXT-ALIGN: center” alt=”” src=”http://1.bp.blogspot.com/_kcTb8DnPVW4/SaMUM6TAGXI/AAAAAAAACmM/0VusBi5T0RU/s320/Kaisers+supermarket.jpg” border=”0″ />
People expect more from me than simple excitement over finding the nearest u-bahn, post office, or the 3-week-long-awaited-arrival of my new combo washing machine/dryer. Telling friends that your big accomplishment of the day was deciphering the Kaiser website and ordering home grocery delivery is met with a yawn while I’m exclaiming, “Friend – This is significant!!! Don’t you realize that I ran around the house in stocking foot singing “I am the Champion” after successfully completing my transaction?”

Speaking of stocking foot, we’re trying desperately to get along with our new neighbors by not annoying them with loud noises and sounds. Quiet hours in our German apartment building are all day Sunday and daily from 1-3pm and after 8pm until 7am. During this time, we’re to keep things to a quiet hum on the home front. We’ve been advised that drilling should be kept to weekly daylight hours which means little work can be done after my husband arrives home from work. Thus, as we successfully pass the three week anniversary of moving into our new German apartment, we finally have curtains hung in only half our rooms while the other half waits for respectful time to be installed.

Speaking of respectful, one of my best friends commented, “Good Curtains make good neighbors” after learning that our gorgeous master bath had a French window perpendicular to the toilet! 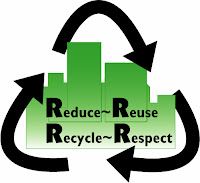 Meanwhile, throwing trash away practically takes a PHD in sanitation engineering as the Germans recycle in 10 ways. Sorting garbage (and figuring out how to store containers for the various sorts) has led to endless discussions about the inconvenient truth. When the day is done, we can at least feel good that we’re doing our part – assuming, that is, we haven’t contaminated the glass bin with the metallic wrapping from the mouth of the wine bottle or forgotten to remove packing tape from the cardboard box we’d deconstructed into perfect petit fours.

Over the last decade living abroad I’ve commented to my husband, “Wouldn’t we feel that something was missing from our life if it weren’t for the daily struggles of buying bread in a foreign language?” but I must confess, right now, I’m kind of longing for that! If boring is a walk-in-closet and an ability to read my mail, then SIGN ME UP BABY! Don’t get me wrong, in another week or even a month, once the chandeliers we’ve ordered come in from back order and we have overhead l
ighting and can read without unplugging the space heater to plug in a lamp, I’ll get my groove back – but, in the meantime I’m in for a heck of a ride as I get settled in my new home! I fantasize about the day when I might start to look like myself again once the wardrobe unit we’ve bought is finally installed and my clothes are not folded on a makeshift utilitarian rack but instead hanging inside a gorgeous armoire.

The good news is that as I wonder “What have we done – moving yet again?!” I’ve discovered that my favorite French department store Galleries Lafayette is only a 7 minute walk from my front door. If I can’t find something to wear, I can always head to the comforts of a familiar store. It’s this latter point that gives me hope.

When I started a decade of expatriation by moving overseas from Ohio to Paris, nothing French felt like home. I had never heard of Galleries Lafayette, I had never tasted Laduree’s famous macaroons and had no idea who Lionel Poilâne was. Coincidentally, last week I was delighted to discover that both Laduree and Poilâne are sold in the basement of Berlin’s Galleries Lafayette and bought both in a burst of nostalgia. A decade ago these things were even more foreign to me than tourismus/sehenswuerdigkeiten.en/28953.html” target=”_blank”>KaDeWe, Schnitzel, Berliner Landsbrot and toffelsalat-mit-wrstchen-potato.html” target=”_blank”>Kartoffelsalate is now! When I first moved to Paris I’d only travelled there once while in university, while Berlin I’ve visited dozens of times! So though I don’t speak German yet, I know there’s hope for me… if I conquered daily French conversation and wrestled Dutch into submission (if not actually acquired an ability to speak it well), I have faith that German and Germany won’t get the best of me!

Someday I will sit writing my Diva blog, lingering over a strudel in a torei” target=”_blank”>Konditorei, with a copy of the Berliner Zeitung tucked under my laptop and on that day, German and Germany will feel fondly familiar. Of course, if Murphy’s Law has its way, once that finally happens the time will have come for another move to another country with another language to acquire…. And when it 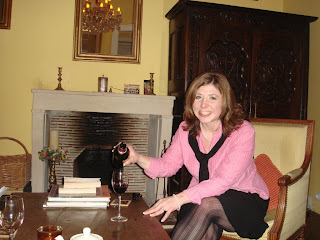 Until then, join me on my journey as I learn to become a torical/a/jfk_berliner.htm” target=”_blank”>Berliner!