top: 5px; float: left; color: white; background: #781300; border: 1px solid darkkhaki; font-size: 60px; line-height: 50px; padding-top: 1px; padding-right: 5px; font-family: times;”>W hen antiquing throughout Europe, one often comes across curious pieces of furniture. While many pieces are beautiful to look at, they frequently have interesting characteristics that one can discover with further inspection. One such item is the Savonarola chair. You’ve probably seen this type of chair before, known for its unique X-frame. Having been around for centuries, this style of chair was made for a specific purpose and its construction, consisting of multiple slats in the legs which cross each other and rise to form the arms is quite interesting. It is this crossing of the legs that creates the X shape. 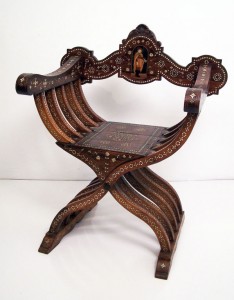 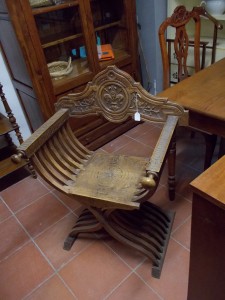 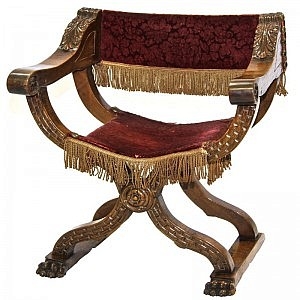 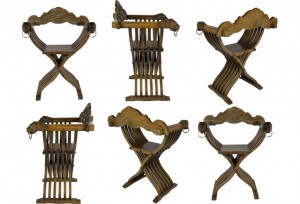