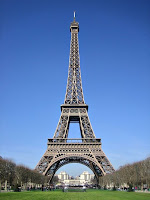 top:2px;padding-right:5px;font-family:times;”>You’ve heard La Reine wax poetically about Paris’ popular Salon D’Antiquites Brocante at the Place de la Bastille in prior posts. Needless to say as soon as Joel Garcia sent an email telling their upcoming dates I knew that inquiring minds needed the scoop – so mark your calendars shoppers! Over 400 antiquaires et brocanteurs will set up shop this May following this year’s theme “L’EVASION…LES VOYAGES…LE LOINTAIN”.

to 10px; WIDTH: 400px; CURSOR: hand; HEIGHT: 200px; TEXT-ALIGN: center” alt=”” src=”http://4.bp.blogspot.com/_kcTb8DnPVW4/SbfFhm7gzuI/AAAAAAAACs8/ciB3NJzbklo/s400/paris+to+new+york.gif” border=”0″ />
Meanwhile, back on the other side of the pond, The Contessa has shared another diva-worthy tip: The Pier Show in New York City will be held this weekend for the last time until November 2009! You better come quick for this is a LAST MINUTE DIVA ANNOUNCEMENT!

Stella Show’s shares some excellent tips for shoppers new to The Pier Show:

– If you can’t be there early Saturday, come later…your Saturday admission includes a courtesy pass to return on Sunday.

– Pick up a show guide or just bring a pen to note where you want to go back to – it’s a big show, you think you’ll remember but it’s hard.

– Bring a shopping bag – there’s shipping for the big stuff but there are TONS of fab smalls at great prices. I think you’ll find something.

– Park in one of the neighborhood lots or on the street on Sunday (when you don’t have to feed the meters) instead of on the roof of the Piers – it’s cheaper… or if you came by cab take The Pier’s free shuttle back to midtown (runs every hour till 3 and then every half hour till closing.)

– Bring your measurements and paint chips – the furniture, art and textiles are incredible. I’m still kicking myself over the pink, yes pink, kitchen table that sold while I was seeing if it would fit.

– There’s an ATM and many dealers take checks and credit cards but cash is still king with antiques dealers. (The ATM has been known to run out of cash).

– Bring a friend and pick a place to meet before you go in – there is not a PA for folks who lose each other.

– It’s fun to just look too. Each booth has a different style and dealers come in from all over. It’s like going to 500 shops as different as Tiffany is from Target.