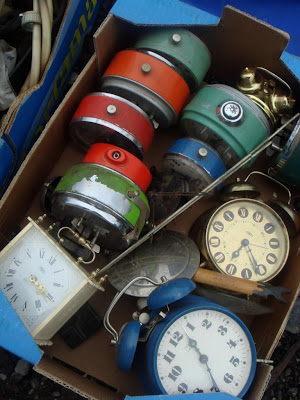 Take, for example, the collection Canadian Decorator Lynda Felton has in her home. 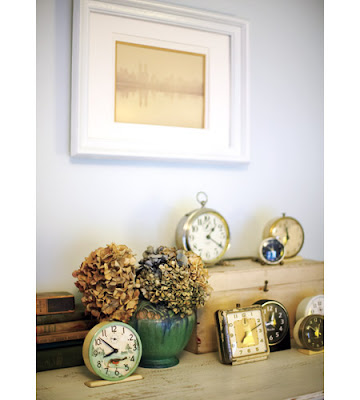 Photo by Paul Chmielowiec: Canadian Living Sept 2010 – Castoffs to Collectibles
In an article titled Castoffs to Collectibles in the Sept 2010 Canadian Living, Lynda explains that she inherited her grandfather’s (still-working) antique alarm clock 15 years ago and it ignited her passion for collecting vintage alarm clocks. “Not all of them work, but I like their faces and well-loved look.”
Happy Collecting,
The Antiques Diva™ 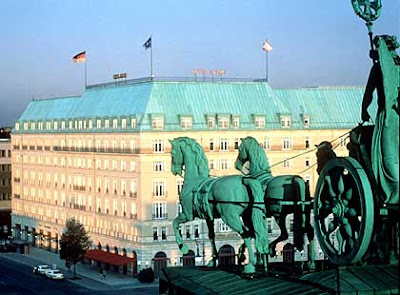 Often blog readers write and ask me for travel advice – they ask for hints and tips of diva-worthy and luxe outings to do while criss-crossing Europe. Today I thought I would share with you one of my favorite Sunday afternoon excursions when I’m at home in Berlin. I love nothing more than taking tea at the Hotel Adlon located on the famous Unter den Linden nearby Brandenburg Gate, The Jewish Memorial, a hop skip and jump away from the Reichstag and mere blocks from my Mitte alt-bau apartment. This famous 5-star hotel is rich in history! 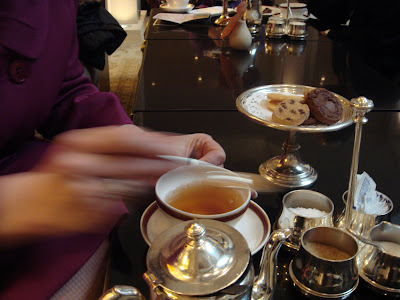 Originally it was built in 1907 and it was one of the few buildings in the area to survive WWII having avoided the bombs and shelling that had leveled the city. Unfortunately shortly after the war the building caught fire and was left in ruins, ultimately to be torn down by the East German government just four short years before the reunification. But all’s well that ends well! After the German government reunified, restoring the Adlon to its former glory was a top priority and a building inspired by the original was designed and opened to the public, bringing back some of the old world charm of days of yore!

For tourists in Berlin, the lobby of the Hotel Adlon is an excellent place to take a break – be it for coffee, tea or cocktails – while out touring the city or as you’re entering and exiting the hotel from your room upstairs. Ensconced in luxe-surroundings you can imagine Berlin as it used to be…and people-watch indeed. You never know when you’re going to see a celebrity! Remember when I bumped into Bono at the Hotel Adlon last year? And just a few months ago I saw the entire crew from Ghost Writer as they hopped into their chauffeured cars for the Berlinale film festival! And remember that infamous scene when Michael Jackson dangled his son out one of the hotel’s windows during a visit in 2002? You never know who or what you’ll see at the Adlon! In fact, keep your eye out for me – it’s one of my favorite locale haunts! 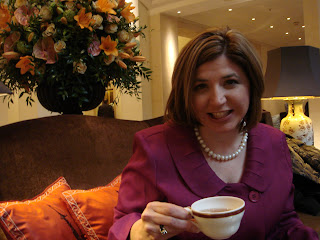 PS. It’s Tea week at “Treasures” by The Antiques Diva™ – See what sensational tea-themed items we have in store for you! 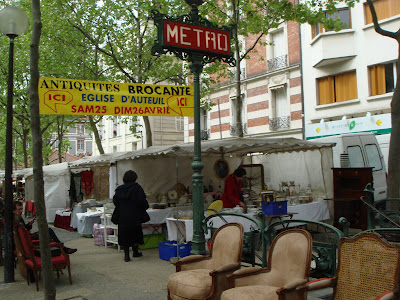 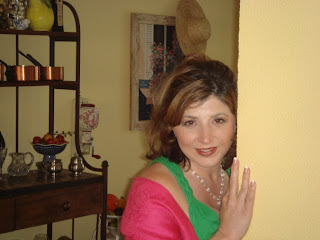 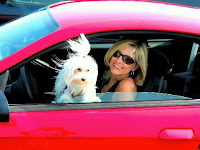 Roving Reporter La Reine is at it again, asking me to remind all you Chicago Chickies (or simply the Chicago bound) to mark your calendars for Oct 27 – 28, 2007 for the last Chicago Antiques Market of the season! Operating the last Sunday of the month from May – Oct, the CAM is an utterly diva-worthy attraction! Their motto, “New York has Chelsea, London has Portobello and Paris has Clingnancourt, finally Chicago has The Chicago Antiques Market”, has The Antiques Diva ™ considering hopping the next flight to O’hare simply so I can see in person how the CAM compares with these other “Big Boys of the Flea Marketing World”! I want to see why Travel and Leisure magazine calls The Chicago Antiques Market, “one of the top 3 urban flea markets in America.”

If you’re still in the mood for flea-marketing after going to the CAM, then consider the Kane County Flea Market in St. Charles, Illinois on Nov 3-4 or Dec 1-2 for some serious bargains. Should you enjoy your visit, then you’re in luck because this flea market is open year-round on the first weekend of the month. “Neither snow, nor rain, nor heat” will cause Kane County Flea Market to cancel a sale, for just like the US Postal Service, they promise to always deliver! Over 1000 vendors sell genuine antiques, cool vintage stuff and just plain junk!
While La Reine did hit the September CAM, she didn’t make the October dates at Kane County as she was in Palm Beach with Floridian things on her mind. But rumor has it that her mom, The Queen Mum, went to KC so perhaps she’ll regale my readers with a quick 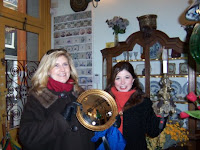 update of her purchases!

Until next time,
The Antiques Diva ™
and
Roving Reporter La Reine