Skip to content
Another Exciting Guest Blog from The Contessa!

The city started as a village in 1787 and boasts some of the finest Victorian and Federal architecture in New York state. During the industrial revolution, Troy was one of the wealthiest cities in America and it shows in the architecture of the period. The architecture is so magnificent that movie directors the likes of Martin Scorsese come here to film. The movie, “Age of Innocence” based on the Edith Wharton novel was filmed almost in its entirety in Troy. Other films that have filmed in Troy include: “Ironweed”, “Scent of a Woman” and “The Bostonians.”

Troy attracts many art, literature and music lovers and has been the home at one time or another to Kurt Vonnegut, Maureen Stapleton, Herman Melville and Jane Fonda. As a matter of fact, Fonda’s son Troy is named after the city. She attended Emma Willard School here, one of the most exclusive girl’s schools in the country.

It was also in Troy on December 23, 1823 that a man published a poem he had written for his sick daughter in the Troy Sentinel newspaper. That man was Clement C. Moore and the poem was A Visit From St. Nicholas or as it is more commonly known now…..T’was the Night Before Christmas.

Troy holds an annual torianstroll.com/” target=”_blank”>Victorian Stroll every Christmas season, always held the first Sunday in December. The downtown area virtually turns back the hands of time to the Victorian era with scads of visitors arriving in Victorian garb, street vendors fill the streets with roasted chestnuts and venues all over town offering entertainment. And it’s all free. The children delight to see Father Christmas himself among the visitors. Live reindeer stroll in front of city hall and street entertainers perform on every corner.

There is a wonderful craft show in the Uncle Sam Atrium (another live Character from Troy’s history…more on that later). You can tour The Paine Mansion on 2nd street which was used extensively in the filming of The Age of Innocence. The mansion is now a fraternity and the brothers keep it in tip top shape. You can shop at the year round Farmers Market or visit one of the many antique shops in the antique district on River Street. There are several really special ones to choose from.

Dusk which is owned by John Hansen, a former stylist for Martha Stewart is a very small but wonderful shop. John has an incredible sense of style and I’ve seen him go to other shops with one of his customers if he feels he knows exactly what you need or are looking for. 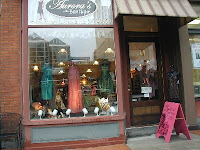 tore/” target=”_blank”>Aurora’s Willow Creek Boutique is a girl’s delight. Owner Carol Fitzpatrick has amassed one of the largest collection of Miriam Haskell vintage jewelry around and she loves all things feminine. You’ll find all kinds of wonderful candles, soaps, lotions, purses, jewelry and “girly” type items.

The Counties of Ireland on 3rd Street has everything from the Emerald Isle. Country Charm on River Street has loads of rustic country antiques and the Bournebook Antique Center has 2 levels of antiques from over 50 dealers. All these businesses and a lot more are open during the stroll. I’ve only touched on just a few of the wonderful shops in downtown Troy. There are a lot of them.

Now if you are hungry, Troy is known for having wonderful restaurants and because it hosts one of the largest engineering schools in the Country (Rensselaer Polytechnic Institute), it has many residents from all over the world and restaurants to match almost any cuisine. On one block on River Street, you can buy Asian, Egyptian and Lebanese cuisine. Also downtown, there is The Tuscan Grill, and of course….famous hot dogs.

tore_hot_dog.jpg”>tore_hot_dog.jpg” border=”0″ />Ok, some explanation here about the hot dogs….in 1932, the “Quick Lunch” opened its doors on Congress St serving mini hot dogs to hundreds of adoring fans. In 1958, a local marine stationed at the U.S. Embassy in Moscow just had to have his Troy hot dogs. Several dozen dogs were flown to the embassy and were served that day to the Marine and the US Ambassador at his 54th birthday celebration. The news of “Operation Hot Dogs” made the national news and the “Quick Lunch” soon became “world famous” hence the change in name. The tiny hot dogs still come with “the works”….mustard, onions and Coney Island sauce and will set you back a whole 75 cents each.

If you want to travel a little bit out of downtown on Hoosick Road, you will find the Plum Blossom Restaurant which has scads of awards for best Chinese in the area. Among the customers there are Governor David Patterson and Senator Hilary Rodham Clinton who an insider told me “she likes her food extra spicy”.

Troy really is a delightful city. It also hosts one of the most haunted cemeteries in the country…Forest Park. Sometime around Halloween I’ll tell you of my adventures there. Spooky! 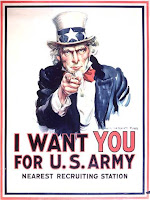 Last but not least, as I promised, the story of Troy and Uncle Sam. Uncle Sam was actually a local meatpacker whose name was Sam Wilson. During one of the wars in the 19th century, he sold meat to the U.S. government and when it was pac
ked, he stamped the product….U.S. Beef .. It was supposed to mean United States beef but people took it somehow to mean Uncle Sam’s meat and hence…Uncle Sam was born. He indeed was a very real person and you can visit his grave in the Oakwood Cemetery and also visit the graves of Civil War generals and other luminaries. Oakwood Cemetery hosts some of the most magnificent architecture, especially the crematorium (no longer in use).

Come experience the charm of downtown Troy at this traditional holiday event!