top: 5px; float: left; color: white; background: #781300; border: 1px solid darkkhaki; font-size: 100px; line-height: 90px; padding-top: 1px; padding-right: 5px; font-family: times;”>They say you can’t teach an old dog new tricks… but this chienne has had a whole new world opened up to her!  Last year while shopping a flea market in Belgium, my husband picked up a vintage 5 liter wine bottle for 5 Euro.  He liked the shape and its 1981 Chianti label while I was enchanted with it as it would make dreamy kitchen décor.  Recently I revamped my apartment in preparation for spring and I removed the bottle from its corner post and plonked it in the middle of my kitchen table as part of my art de la table… loving the rustic touch.  So imagine my surprise when a few weeks ago, my friend Laurie out of the blue asked, “Is that a Nebuchadnezzar?” 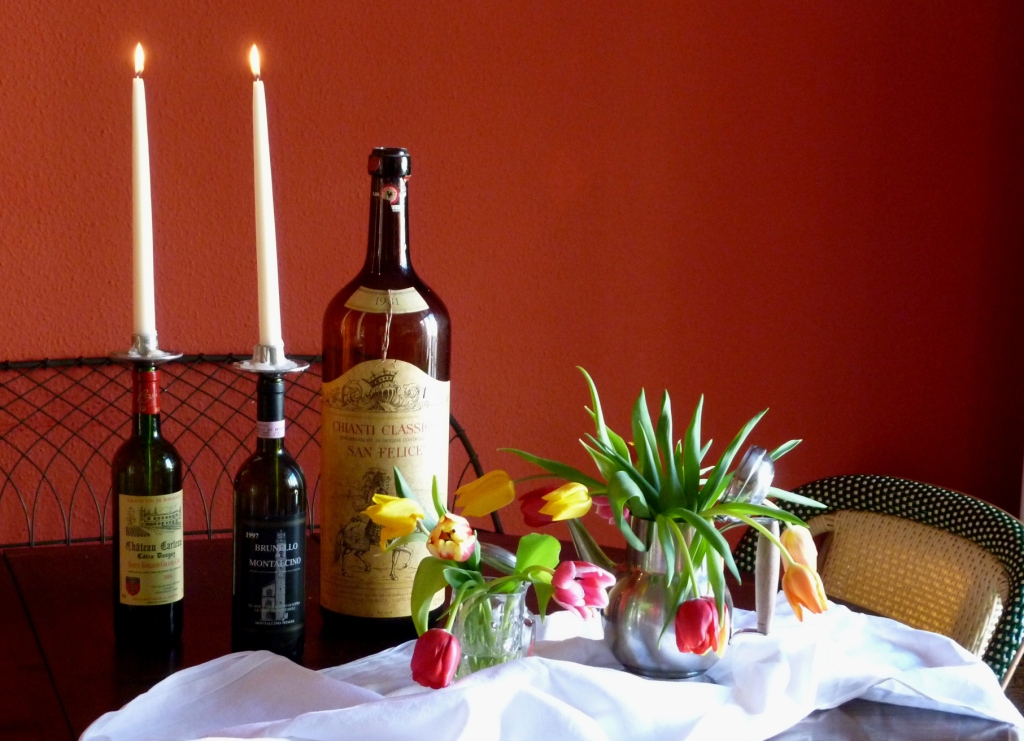 Now, for the record, my friend Laurie is a pastor’s wife, and had it been anyone else I might have thought there was a gentle reprimand for my copious quantities of wine consumption by bringing up the Biblical king who sent the Jews into exile, but I knew Laurie well enough to know she wasn’t a stranger to vino.  Thus, I was utterly confused on how we’d began discussing someone from the Old Testament when we were looking at my vintage wine bottle.

“Jesus drank wine,” I responded, “and I suppose Nebuchadnezzar did too.”

“No- the wine bottle!” she exclaimed, “It’s called a Nebuchadnezzar… Didn’t you know that wine bottles have Old Testament names?” She floored me with this revelation… 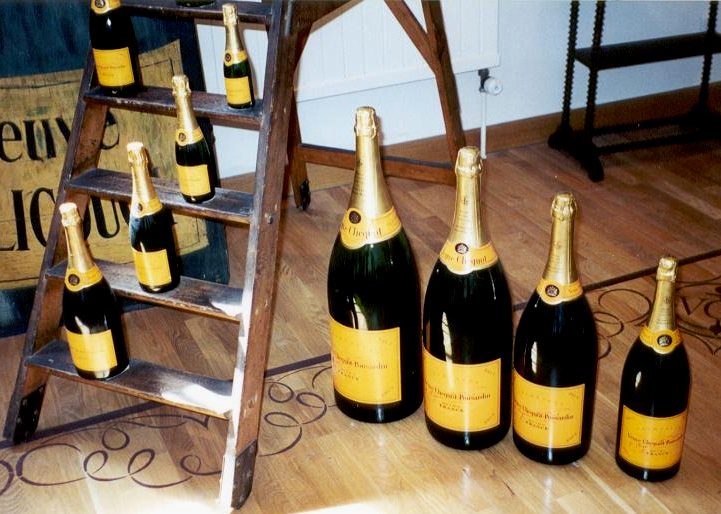 Theres Jéroboam – that holds 3 liters or the equivalent of 4 bottles and then Rehoboam holds 4.5 liters or 6 bottles of wine.  Let’s just say Methuselah didn’t reach his old age drinking water… his bottle holds 8 bottles of wine – but sometimes the Methuselah bottles are also called Imperial.  My favorite is Mordechai – sometimes called Salamanza – which holds a perfect dozen!  And Balthazar boasts 16 bottles in one giant bottle.  Nebuchadnezzar holds a whopping 20 bottles (or15 liters) of wine while Melchior clocks in at 24 bottles in 1.  But the King of Israel – the son of David – gets down and dirty with with 26.66 bottles of wine in one giant bottle… however, I say in his defense he did have to provide for a nation, so his bottle should be bigger than the rest!  But the grand-daddy of all wine bottles is the Melchizedek which holds a whopping 40 bottles (or 30 liters) of wine!

And to think, until a few weeks ago all I knew about bottles in the wine kingdom was the Magnum and Double Magnum.  This Diva needed to go back to Sunday school to learn the basics of life!

While a little field research didn’t reveal why the bottles were originally named after The Old Testament, I did uncover that the typical wine bottle – 750 ml (1/5 of a gallon) was originally deemed as a suitable ration for 1 man with his dinner.  The Wine Lovers Page explains, this was “back in the days when men were men (and most wine was quite low in alcoholic strength)” and they go onto explain another theory that this traditional size of bottle was “actually the largest that early glass-blowers could produce with one full breath”.  And while that’s a fun fact I’ll be sharing at many a dinner table, I’m still dying to know the origin of how various wine bottles were names after the Bible.  If you happen to know, please tell me!

In the meantime, Sante, Cheers and Proust!

The Antiques Diva®
(seen below on vacation in St Emilion) 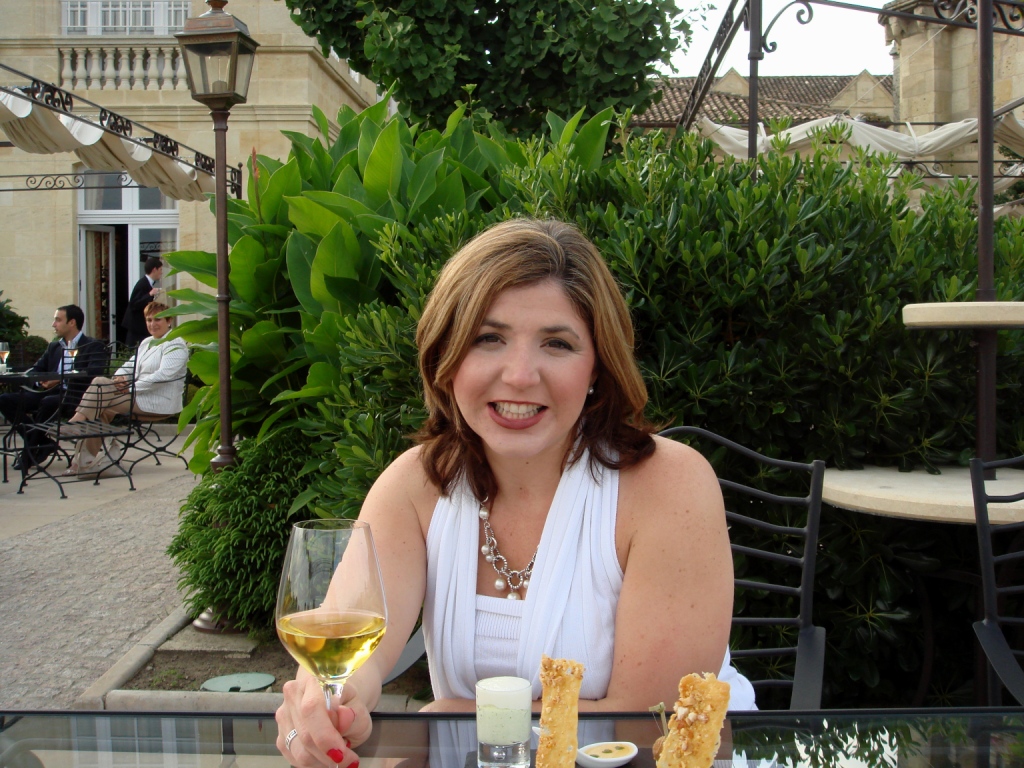